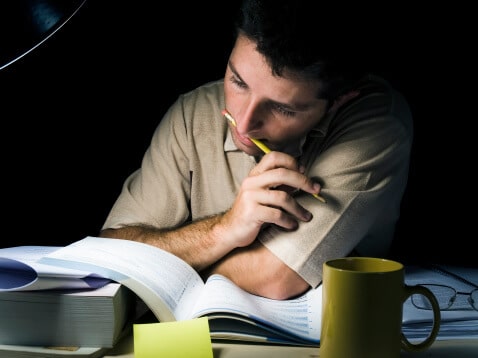 05/17/2016 • by Rebekah Brown
Why take the CPA exam? Each hour of prep time is worth $324. Start here
It’s that time of year again … graduation season. And if you’re a graduating accounting major, it shouldn’t mean you’re done taking exams. The CPA credential is one of the business world’s most respected and recognizable accreditations. It says you are competent, trustworthy, and hardworking. The AICPA’s brand research in 2011 found that the CPA … Continued

The CPA credential is one of the business world’s most respected and recognizable accreditations. It says you are competent, trustworthy, and hardworking. The AICPA’s brand research in 2011 found that the CPA brand was as recognizable as Apple and Disney. Think about that for a second. Think of the loyal fan bases those organizations have. The CPA is a powerful differentiator.

Professors Gregory Krippel and Sheila Mitchell of Coastal Carolina University and Associate Dean and Professor Janette Moody of The Citadel recently wondered if the time, money, and effort it takes to obtain and retain the license really paid off in the long run. As any good accounting professors would, they decided to put their number-crunching savvy to use and find out. Calculating the net present value of CPA earnings premium in total and per study hour, they found that each hour of studying for the CPA exam was worth an additional $324. You can learn more about the study here.

Who would pass up the opportunity to earn $324 an hour? Sure, it’s hard. But…

“It’s supposed to be hard. If it were easy, everyone would do it.” − A League of Their Own

“Nothing in the world is worth having or worth doing unless it means effort, pain, difficulty. … I have never in my life envied a human being who led an easy life. I have envied a great many people who led difficult lives and led them well.” − Theodore Roosevelt

All that being said, here are some resources to get you started on the difficult but rewarding path of becoming a CPA :