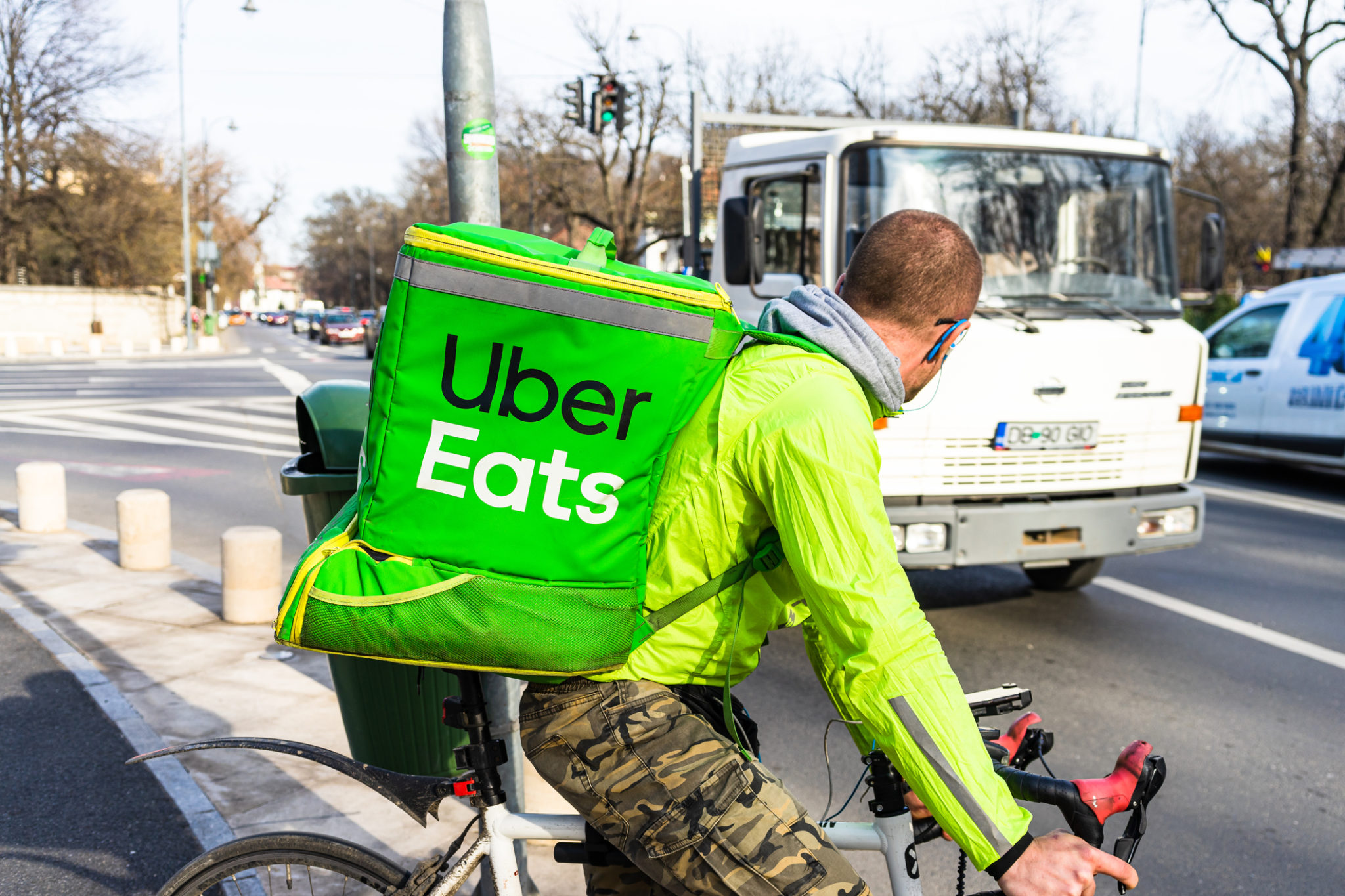 03/09/2020 • by John Todd
The gig economy: Five ways financial institutions are trying to bank the side hustle
Note: The following was originally published on the SECU blog on Feb. 19, 2020. Read the original blog post here. What is the gig economy? The gig economy is a recent phenomenon developed from the perfect storm of income stagnation, the desire for flexible job opportunities, technological advances, and the consumer demand for more convenience. … Continued

Note: The following was originally published on the SECU blog on Feb. 19, 2020. Read the original blog post here.

What is the gig economy?
The gig economy is a recent phenomenon developed from the perfect storm of income stagnation, the desire for flexible job opportunities, technological advances, and the consumer demand for more convenience. It’s characterized by a workforce of individuals who want to make extra cash by doing side jobs, or “gigs,” which include freelancers, independent contractors, and those who just want to make some extra cash by doing odd jobs to help fill the gap between the income from their regular “day job” and their expenses. Companies like Uber, Lyft, Doordash, and Postmates are major contributors to the explosion in the gig economy because all of their drivers and delivery people are independent contractors. Their rise in popularity has disrupted traditional delivery and transportation services by providing convenient, robust, and economical savings for the consumer with flexible work hours and fast pay for their contract workers.

According to a June 2019 survey completed by Bankrate.com, nearly half of all working Americans (45 percent) report having a gig or side job outside of their primary job. While this offers many benefits to both the consumer and worker, it provides interesting challenges for financial institutions to provide traditional services. These gig jobs often provide daily payouts, produce unstable monthly income levels, and don’t come with benefits. These are just some of the factors forcing banks and credit unions to view customers differently in order to be able to offer banking services for a customer’s side hustle.

Here are five ways that this new age of gigs is changing the landscape of banking.

1. Access to pay faster
With many side gigs, one of the ultimate benefits is that you don’t have to work a certain number of hours a week. You are paid for the amount of service you provide. This allows companies that employ this type of worker to offer a new payment option — instant payment. Uber offers an instant payment service where drivers can get paid up to five times a day directly to their debit card. The only cost to the worker is a mere $0.50 fee per cash out. What many drivers don’t know is that a large number of banks are not set up to receive these transactions instantly. This leaves the driver out $0.50 per cash payout and a bad perception of their financial institution. After all, it’s their money; why would their bank not give it to them instantly? Banks and credit unions need to eliminate the delay in the future or suffer the continued consequences of negative satisfaction and customer attrition from this growing segment of workers.

2. Underwriting loans even with unsteady income
As the gig economy grows, lenders are seeing more applications from customers that do not have a steady monthly income. This causes problems with traditional underwriting methods that are based on debt-to-income ratio and other factors despite potential capacity to pay. In fact, a large number of those with a side gig are working that gig to be financially responsible and pay down debt faster. If financial institutions do not change their methods to adapt to this new group of customers, they may miss out on lending to high-quality borrowers that don’t look that way on paper. Some non-traditional lenders have already begun to tackle this through the use of technology. Oxygen Bank, a digital bank that caters to gig economy workers, allows members to apply for a line of credit with no full-time income. They are able to do this by doing cash flow analysis based on aggregate banking information for the customer. While this has not made it to mainstream financial institutions yet, venture capitalists saw enough potential in Oxygen’s model to seed $2.3 million in funding in January 2019.

3. No overdraft accounts
Number 3 on this list exists mostly for the same reason as number 2. Individuals with a side job often have unpredictable income, but very predictable bills. One miscue of a paycheck not depositing when expected to cover a bill could spell disaster in the form of overdraft fees, which can run upwards of $30 to $40 per transaction. This leads to gig economy workers pursuing non-traditional banks and credit unions that offer no-fee account options. These types of accounts use advanced risk management and analysis of cash flow, or they offer customers options to just not pay the bill if there isn’t money in the account. Yes, that is possible!

4. Holistic financial wellness
Often individuals that are contract employees or work a side gig have very different financial needs than those that work standard full-time positions. One example of this is with taxes. These workers have little to no automatic withholding coming out of their paychecks. This can lead to confusion about things like tax prepayments. Members of the gig economy need a financial institution that can look at the whole picture of their lives — not just banking, not just investments, not just taxes, but a combination of factors — to offer sound financial advice.  Without someone who can analyze all factors and offer concrete solutions, side hustlers can run into trouble building savings, prepaying enough in taxes to avoid penalties, and having inadequate insurance.

5. Mobile first, mobile always
Out of the 45 percent of individuals who responded to Bankrate’s survey, millennials by far made up the largest generational population. Forty-eight percent of millennial respondents said they worked a side hustle. Unsurprisingly, 93 percent of millennials also own a smart phone. This again is more than any other generation. As a result, the first four methods for banks and credit unions to harness the opportunity of the gig economy don’t really matter if their mobile banking applications are not up to snuff. Workers for Uber, Lyft, and other technology-based gigs know what a good user experience is and they expect the same from their bank.

TL;DR
In an age in which banks and credit unions continue to consolidate and markets are disrupted every day with new technology, financial institutions need to understand the gig economy and how it can drive value for their organization. Not doing so could leave the offender on the outside looking in on this economic shift.

But, hey — if all else fails, they can always try a side hustle.

About SECU
SECU, Maryland’s largest credit union, serves 260,000 members across the state. As a member-owned not-for-profit, SECU puts the heart in banking. Membership is open to all Maryland state employees and their families, University System of Maryland students, graduates, staff and their families, Bank At Work partners, and many others. Headquartered in Linthicum, Md., SECU has 22 financial centers and provides access to more than 30,000 free ATMs through the CO-OP network. With $3.6 billion in assets, SECU ranks among the top 60 credit unions nationwide based on total assets in the U.S. Insured by NCUA.