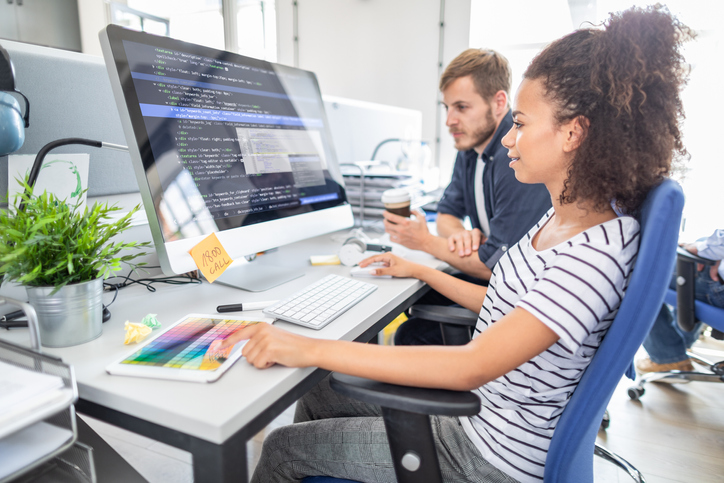 10/10/2019 • by Sarah Hanford
The algorithm and why it matters
Have you heard of algorithms before?  In case you haven’t, dictionary.com defines algorithm as “a set of rules for solving a problem in a finite number of steps, as for finding the greatest common divisor.”  What do algorithms have to do with business? The algorithm is what social media platforms and Google use to determine … Continued

Have you heard of algorithms before?

In case you haven’t, dictionary.com defines algorithm as “a set of rules for solving a problem in a finite number of steps, as for finding the greatest common divisor.”

What do algorithms have to do with business?

The algorithm is what social media platforms and Google use to determine what kind of content you are served. Sounds simple, but contending with the algorithm and keeping up with the constant changes is what businesses struggle with most.

The algorithm can significantly hurt the reach of your posts.

The algorithm can significantly help the reach of your posts.

It’s all in the strategy behind your marketing and your willingness to pivot when needed.

In short, the algorithm dictates what you see in your feed.

If you watch a lot of dog videos, you’ll have a lot about dogs in your feed.

If you’re a business, you’re competing for those views and interactions with other businesses. You’re also constantly changing your strategy to contend with the changing algorithm.

To give you an idea of how often platforms change their algorithms, Google has changed its algorithm nine times a day during 2019, according to this article by Moz.

Luckily, social media platforms don’t change their algorithms that many times in a year, but when they do change, man oh man, do you feel it in your analytics.

What can you do to combat the change in an algorithm?

Instagram was famous for awarding accounts with more views and higher reach on the platform if you have a good selection of hashtags. Now, after the algorithm change over the summer of 2019, hashtags are less important and engaging on other accounts, while being social on social media is more important.

Facebook, which owns Instagram, is also famous for its algorithm changes. It’s known as a pay to play platform, meaning you have to pay for ads on the platform to be able to reach your audience. That’s true in some cases, but organic social media is still alive and well on the platform if you work it the right way.

My point is that being social on social media is key, and testing your content to see what your audience reacts to the most is the best way to gain organic traction on your posts.

How do you test social media posts?

Simple. You put up a post on your social profile of choice and see how your audience responds to it.

For example, on the MACPA Facebook page, I tested out three different types of content recently. They were all extremely different from what was being posted and all three performed differently. Here’s a snapshot into the analytics:

I’m going to go in reverse chronological order and address the images from the top down. The first post was me sharing another Facebook post. It reached 279 people with minimal engagement.

The second post was just a text post. I didn’t include an image. It was just a question targeted to accountants. It reached 971 with a lot of engagement (compared to other posts).

The third post was just a black and white image asking the audience to take an action on the post. The action was again targeted toward accountants. The reach was approximately 1,100 with the most engagement.

Now that I know what posts perform best on the MACPA Facebook page, I’m going to have fun getting creative and giving the followers what they want to see to have the page stay in favor of the algorithm. Like I said above, the more I provide content that followers engage and interact with and want to see, the more of our posts they will see in their feed.

That is the power of the algorithm and that is why it matters.