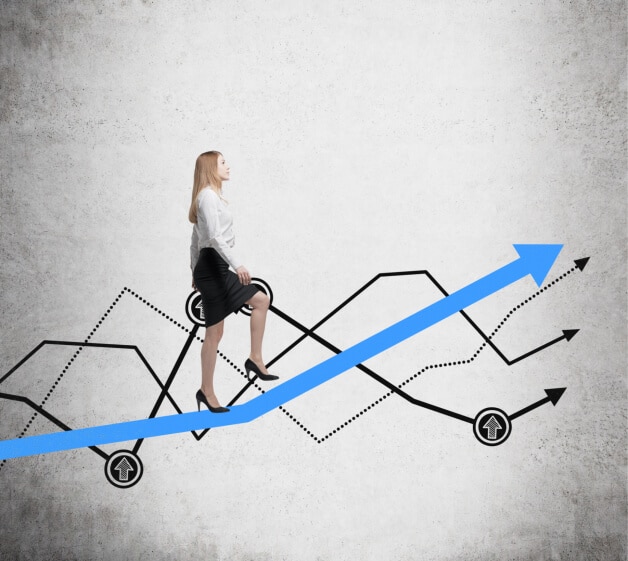 11/05/2015 • by MACPA
Stepping up leadership opportunities for women
In spite of decades of diversity initiatives aimed at increasing the number of women leaders in the workforce, the gender gap persists at the highest levels, recent studies show. A major study by McKinsey & Co and LeanIn.org published in September found that “women are underrepresented at every level of companies, a disparity that widens … Continued

In spite of decades of diversity initiatives aimed at increasing the number of women leaders in the workforce, the gender gap persists at the highest levels, recent studies show.

A major study by McKinsey & Co and LeanIn.org published in September found that “women are underrepresented at every level of companies, a disparity that widens at the highest levels.” Although the 2015 study – surveying 118 companies and 30,000 employees – showed some very slight improvements vs. an earlier study by McKinsey in 2012, the 2015 survey showed that although women made up almost half the entry-level workforce, their numbers dwindled to less than one out of five at the C-suite level.

Statistics for CPAs, business and industry
Women fared better in public accounting, according to a Women in Accounting study by Catalyst, published in 2013, which showed 45 percent of women at the entry level in CPA firms, falling to 21 percent at the partner level. The same study showed a significant disparity between the number of male vs. female CIMA members who attained the level of CIMA fellow, and a pay disparity ranging from 21 percent to 51 percent for men vs. women CIMA members in countries outside the U.S. In corporate America, the Catalyst survey found that 11.4 percent of all CFOs in the Fortune 500 were women.

Turning the clock back, or forward?
Studies have shown that increasing the proportion of women on corporate boards can lead to more successful and effective companies, as noted in this post by Bill Sheridan in the CPA Success blog last year. But if that’s the case, why hasn’t there been more progress in increasing the rate of women at senior leadership levels in accounting and finance positions and the corporate world at large?

Just last weekend, many of us turned the clocks back an hour for Daylight Saving Time. Also last weekend, an article appeared in the Washington Post by Joyce E.A. Russell, vice dean at the Robert H. Smith School of Business and the director of the Executive Coaching and Leadership Development Program, in which she posed and addressed the question, “Isn’t it time for more women leaders?” She writes, “According to researchers, there are a number of reasons why we do not have more women at senior levels. These include: lack of role models, no sponsors to advocate for them as they climb the ladder into higher management, unconscious bias or overt discrimination, exclusion from informal networks where they can make critical connections with others, and being evaluated for promotions based on performance, whereas men may be evaluated for promotions based on potential. There are also erroneous beliefs that women won’t be able to manage their lives or don’t have the needed ambitions, among other factors.”

Does this mean that efforts to level the playing field for women to reach leadership roles are moving two steps forward but one step back? What can be done to accelerate the forward momentum?

Strengthening the leadership ladder
Women and men working in management and consultants and researchers studying and observing from the outside in have been wondering how to improve the ability of companies to help women remain on and successfully climb the corporate ladder – or, more generically, the “leadership ladder” — to keep pace with their male peers. Although many organizations have talked the talk, is there a way to “walk the talk” by building a better ladder, by outfitting the climbers with better gear, or providing more external support for the climb?

Summarizing from various studies, steps to better fortify the climb to positions of leadership could include:

Attend the AICPA Women’s Global Leadership Conference – in person or virtually
The AICPA and the MACPA have played a leadership role in training members, supporting diversity and inclusion efforts, and offering opportunities for leadership development. The MACPA starts with our New / Young Professionals Network and incorporates professional development programs offered in-person and virtually by the MACPA and the Business Learning Institute. The role of women leaders and importance of mentoring future leaders has been emphasized through programs like our recent Women to Watch awards (see the recent CPA Success post by MACPA Chief Operating Officer Jackie Brown).

The AICPA has cultivated women leaders among its elected officers and professional staff, with Tommye E. Barie recently completing her term as chair of the AICPA, and the MACPA’s own Kimberly Ellison-Taylor taking the reins as AICPA vice chair.

An important program is taking place Nov. 12-13 — the AICPA Women’s Global Leadership Summit, which you can attend in-person or virtually by webcast. (There will also be a pre-conference program on Nov. 11.)

Two MACPA members play a key role at the conference. Kimberly Ellison-Taylor will speak on a number of panels at the conference, and the conference co-chair is MACPA Vice Chair Lisa Cines, a member of the MACPA’s Task Force on Equality, Diversity and Inclusion.

The conference will provide outstanding networking opportunities, and has been developed by the AICPA Women’s Initiatives Executive Committee in collaboration with the Canadian Institute of Chartered Accountants and the American Women’s Society of Certified Public Accountants. The conference offers a unique opportunity for attendees to gain insights and learn best practices directly from other women who have achieved success.

Key business skills covered at the summit will include conflict resolution, negotiation, business development and communication. Featured keynotes include Cathy Engelbert, CEO of Deloitte LLP, who earlier this year became the first woman to be named CEO of a Big Four firm.

With a background theme of “mindfulness, mentoring, innovation,” the AICPA’s Women’s Global Leadership Summit (follow the action on twitter at #AICPALead) will include a host of substantive skill-building and strategy sessions, as well as daily yoga sessions, a networking reception with wine tasting, and an online mentoring signup booth.

Attend on-site or online
You can attend on-site or online from your home or office. Conference sessions will be streamed live, in real time, direct to your PC. Online attendance options include the entire conference for the complete content experience, as well as a seven-pack of your choice to focus on specific topics. You also can follow the conference’s Twitter stream with the hashtag #AICPALead.

See the agenda and register to attend either in-person or online at AICPAstore.com/lead.