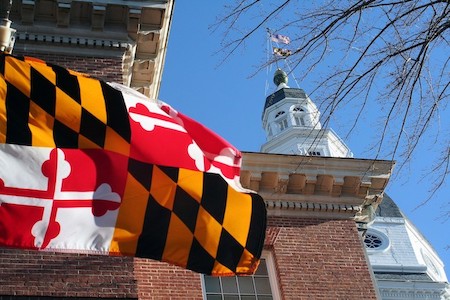 12/15/2019 • by Bill Sheridan
‘Seismic’ changes in General Assembly make CPAs’ legislative advocacy more important than ever
Every January, like clockwork, we issue a call to arms for our members: “Stay frosty, CPAs. Maryland’s General Assembly is back in session. Be ready when the call comes.” That would be a call for help. Each spring, we need CPAs to join us in Annapolis to help educate legislators about the financial ramifications and … Continued

Every January, like clockwork, we issue a call to arms for our members:

“Stay frosty, CPAs. Maryland’s General Assembly is back in session. Be ready when the call comes.”

That would be a call for help. Each spring, we need CPAs to join us in Annapolis to help educate legislators about the financial ramifications and unintended consequences of the bills they’re trying to pass. Our members dutifully answer that call each year.

Here’s why: They may not be the first things that come to mind when one hears the word “disruption,” but legislation and regulation are as disruptive to our profession as any new technology. World renowned futurist Daniel Burris calls increasing legislation and regulation one of the top trends that will continue to impact our profession now and into the future. It’s no wonder we pay agonizingly close attention to this stuff.

This year, it’s more important than ever.

“Seismic” is the way state Sen. Brian Feldman — himself a CPA — describes the changes that have hit Maryland’s General Assembly over the past year.

Think about those changes for a moment. In less than a year, more than 30 percent of the seats in Maryland’s General Assembly changed hands, the decades-long tenures of the leaders in both houses of the legislature ended, and the chair of one of the Senate’s most influential committees stepped down.

The MACPA’s legislative mission now is to rebuild the relationships we’ve lost by these monumental changes in personnel. Busch, Miller, and Zirkin were friends of the profession who understood our issues and worked with us to enact reasoned legislation. Now we must reconnect the dots with the General Assembly’s new leaders and lawmakers.

On top of all that, our 2020 legislative agenda promises to be packed with issues that could have an explosive impact on our profession.

Here’s how you can help.

Step 1: Attend CPA Day in Annapolis
Our legislative efforts start here. Scheduled for Jan. 23, CPA Day in Annapolis is your opportunity to speak directly with your legislators about important matters that impact our profession. The event is free for MACPA members and includes two hours of complimentary CPE. You’ll find details at MACPA.org/CPADay.

Step 2: Contribute to our PAC
When you or your organization contribute to the MACPA’s Political Action Committee, you enable us to keep our agenda in front of the legislators who can dramatically affect our profession and our clients. Membership dues do not support any direct lobbying efforts on behalf of CPAs. That’s where you come in. You can make a donation at MACPA.org/Advocacy.

Step 3: Get active
Consider joining the ranks of the MACPA’s legislative volunteers by agreeing to meet with legislators or to testify before key General Assembly committees about issues of importance to the profession.

Step 4: Become a Key Person advocate
Given the considerable turnover in both houses of the General Assembly, this is a critically important step. By forming relationships with legislators and aides and acquainting legislators with the consequences of their votes, advocates can make sure our issues are understood and considered. Do you already have an established relationship with a key legislator? Let us know! Contact marybeth@macpa.org with your information.

And that, undoubtedly, will be just the tip of the iceberg. It’s already shaping up to be an extraordinarily busy legislative session.

Please join us at CPA Day. Please join our team of legislative volunteers. Please educate yourself on the issues and commit yourself to making an impact.

Get educated, then get active. Our profession and our state need your insights and expertise more than ever.

For more details on how you join the legislative fight, visit MACPA.org/Advocacy.