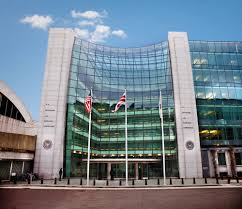 03/10/2016 • by MACPA
SEC cracks down on accounting, internal control
In a wide-ranging speech, SEC Enforcement Director Andrew Ceresney recently laid out the Commission's enhanced program to root out financial reporting and disclosure fraud. His words were backed up in two recent cases announced by the Commission involving 'Enron-like' accounting and a failure to properly evaluate and provide accurate disclosures relating to internal control over financial reporting.

The SEC brought charges against two organizations this week – a municipal water company and an oil company – for fraudulent financial reporting and faulty evaluations of internal controls. In both cases, the companies and management were charged; in the second case, two audit firms were charged as well.

In the first case, In the Matter of Westlands Water District [Westlands], Thomas W. Birmingham and Louie David Ciapponi, the Commission brought charges against WWD as well as Birmingham, the general manager, and Ciapponi, the former assistant manager.  As noted in the SEC’s press release, WWD management had committed to a 1.25 debt coverage ratio in prior bond offerings, and when management saw that the company was not going to achieve that ratio, “Westlands used extraordinary accounting transcations that reclassified funds from reserve accounts to record additional revenue.” The SEC adds, “Birmingham jokingly referred to these transactions as ‘a little Enron accounting’ when describing them to the board of directors, which is comprised of Westlands customers.”

In more than a little irony, not only was Enron the poster child for fraudulent financial reporting among a group of multibillion dollar companies hit by financial reporting fraud in 2001-2002 (including Enron, WorldCom, Tyco, Adelphia) leading Congress to enact the Sarbanes-Oxley Act, but Enron itself had a water company, Wessex Water, under its umbrella.

The second accounting and internal control-related case announced by the SEC this week, In the Matter of Magnum Hunter Corporation [MHR], included charges against Magnum and four individuals associated with the company and its auditors. As noted in the SEC’s press release, “The SEC alleges that MHR and two senior officers – former CFO Ronald Ormand and former chief accounting officer David Krueger – failed to properly evaluate and apply applicable ICFR [Internal Control over Financial Reporting] standards and improperly concluded that MHR had no material weaknesses.”

As a result of the deficient evaluation of internal control by MHR and its auditors, the SEC found that the company and its auditors failed to inform the public that MHR had a material weakness in ICFR.

On the subject of internal control, see also SEC Deputy Chief Accountant Brian Croteau’s remarks at the December, 2015 AICPA Conference on Current SEC and PCAOB Developments, in which Croteau reminded preparers and auditors about the updated internal control framework released in 2013 by the Committee of Sponsoring Organizations of the Treadway Commission (COSO 2013).

The SEC’s enhanced actions in financial reporting and disclosure cases – including actions against ‘gatekeepers’ such as  audit committee members and external auditors – were emphasized in wide-ranging remarks by Enforcement Division Director Andrew Ceresney in a speech at the Director’s Forum in San Diego earlier this year.

Ceresney said that the Commission has “significantly increas[ed] the quality and number of financial reporting cases” since Mary Jo White became Chair of the Commission in April, 2013, with actions in issuer reporting and disclosure doubling from 53 in 2013, to 114 in fiscal year 2015. “We have made similar strides in the number of parties we have charged for such violations,” continued Ceresney, with 191 parties charged last year, including 175 individuals, in issuer reporting and disclosure matters.

Despite some positive trends, including a reduction in restatements, Ceresney described some of the root causes that continue to appear in findings of financial reporting fraud:

Financial reporting cases fall into various topical areas, said Ceresney. Some examples he described in more detail were on topics including: revenue recognition, valuation and impairment, earnings management, missing or insufficient disclosures, and internal accounting controls.
Citing the Saba Software case as an example, Ceresney emphasized, “Where appropriate, we have aggressively used the authority under Section 304 of the Sarbanes-Oxley [Act] to claw back compensation from executives of companies that have engaged in financial reporting misconduct which resulted in restatements.”
Clawbacks of compensation are a “powerful remedy in our enforcement arsenal,” said Ceresney, as those actions, “enabl[e] us to require executives to repay bonuses, incentive-based compensation and stock sale profits, even when they are not charged with misconduct [emphasis added].”
Other topics touched on in the Enforcement Director’s speech included:
Gatekeepers
Two of the key points that Ceresney aimed at gatekeepers were:
Refer to the full text of Ceresney’s speech for additional details; it is one of the most extensive speeches given by an SEC official in recent years, on the topic of financial reporting fraud.
Accounting & Auditing Legislative / Regulatory
Loading