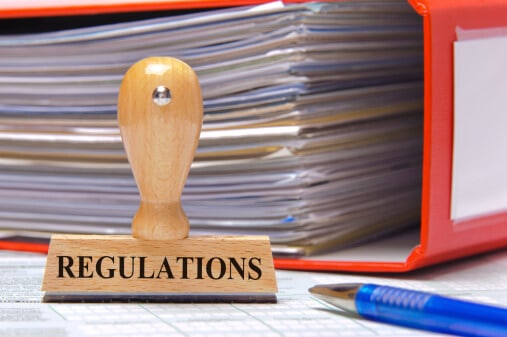 05/19/2016 • by MACPA
Regulatory roundup
A roundup of recent final and proposed rules issued by the FASB, SEC and PCAOB.

Accounting- and auditing-related standard-setting activity has heated up recently. Here’s a rundown of recent rulemaking from the Financial Accounting Standards Board, the Securities and Exchange Commission, and the Public Company Accounting Oversight Board, worth taking a look at as we approach the Summer of ’16.

Final and near-final rules
The FASB has published three final Accounting Standards Updates in the past month, all related to revenue recognition:

On May 17, the SEC published an update to its Compliance and Disclosure Interpretations (CDI) series, providing the SEC staff’s views on non-GAAP financial measures. Publication of the update is just one of a number of actions and potential actions the SEC has said it has taken or will take to stem an increase in what SEC staff believe to be misleading non-GAAP disclosures. The non-GAAP CDI and related links to recent speeches and interviews of SEC staff on this hot topic appear below.

In the category of “near-final” rules, as previously reported, the FASB announced at the end of April that it expects to issue its final rule on financial instruments − impairment (a.k.a. credit losses − impairment) by the end of June. See “FASB Approves Final Credit Loss Standard, Defers Effective Date.”
Proposed rules / requests for comment
The above-noted rules represent a sea-change in accounting and auditing practice.
As your firm or business come to grips with implementing these and other new standards, it’s worth keeping in mind that the regulators, as part of their due process, seek your views through the public comment period on rule proposals. Don’t just wait for the “regulatory roundup” of final rules like these. Check out the proposed rules below and consider filing comments to support (or provide constructive criticism) on the proposals before the horses have left the barn.
Recent rule proposals released by the FASB address the presentation of restricted cash in the statement of cash flows, a proposed simplification of goodwill impairment, and technical corrections to the new revenue recognition standard. See:

The PCAOB, having considered comments on its original proposal on the auditor’s reporting model, recently issued a revised proposal for public comment. A central feature of the reproposal is that the auditor’s report would still follow what has been described as the traditional “pass-fail” model (i.e., it would provide an unqualified or “clean’ opinion vs. a qualified audit opinion), but a major change would be the auditor’s discussion of “critical audit matters,” akin to the issuer’s discussion of critical accounting policies. See:

The SEC has a number of proposals currently out for public comment. The most recent item, pertaining to incentive compensation for financial institutions, is a joint proposal issued by the SEC and the federal banking agencies. The item further below, a Concept Release on Reg S-K, is part of the SEC’s project on disclosure effectiveness.