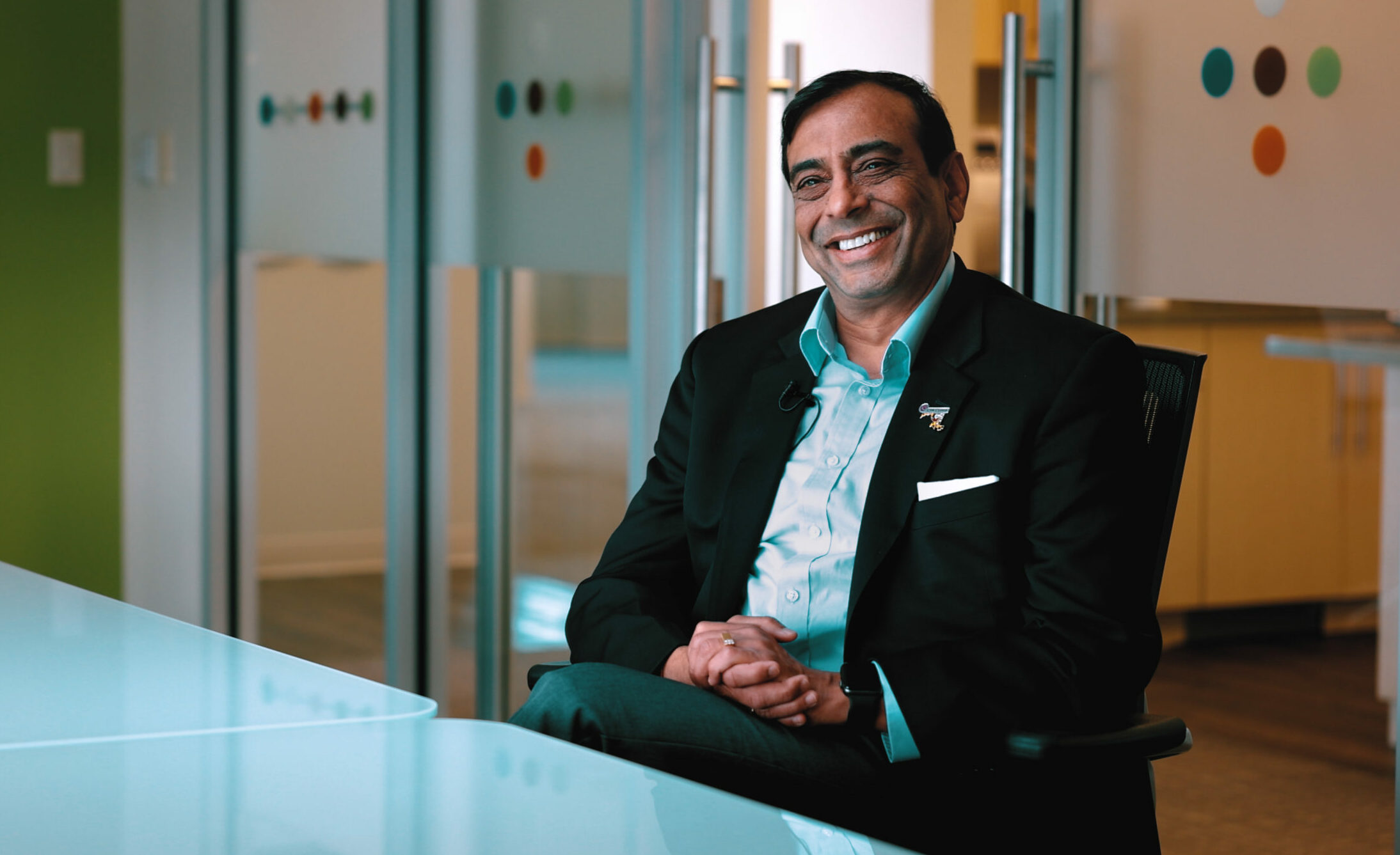 05/17/2022 • by Bill Sheridan
Maryland’s Anoop Mehta named AICPA chair
Maryland has returned to the summit of the CPA profession. Anoop N. Mehta, a Maryland CPA and former chair of the Maryland Association of CPAs’ Board of Directors, has been named chair of the American Institute of CPAs, the world’s largest member organization representing the profession. He will also serve as chair of the Association … Continued

Maryland has returned to the summit of the CPA profession.

The AICPA installed Mehta as chair on May 17 during its Governing Council meeting in Austin, Texas. Okorie Ramsey, CPA, CGMA, vice president of Sarbanes-Oxley compliance for Kaiser Foundation Health Plan and Kaiser Foundation Hospitals, was voted in as the AICPA’s vice chair.

Mehta is just the second Maryland CPA to chair the AICPA’s Board of Directors. He follows Kimberly Ellison-Taylor, a Baltimore native and former MACPA chair who served as AICPA chair from 2016-17 and chair of the global Association of Certified Professional Accountants from 2017-18.

“I’m so incredibly humbled by this honor, and I’m eternally grateful to the countless leaders who have mentored me throughout the years and helped put me on this path,” said Mehta. “Maryland has a long history of forward-thinking leadership in this profession, and I’m proud to carry that tradition forward.”

Mehta’s family immigrated to the United States from India when he was 12. Initially drawn to the profession by the example of his father, a chartered accountant whose work took him to three different continents, Mehta’s enthusiasm was further bolstered by a high school teacher who mentored him in accounting studies.

“The CPA is a foundation to open doors, broaden horizons and build career journeys,” Mehta said. “It was true when I passed the exam in 1991, and it’s just as true now, if not more. Serving this profession has been my life, and helping others join this profession will be my life’s work.”

Learn more about Mehta’s journey by watching this video.

Mehta said he plans to focus on three areas during his term as AICPA chair:

“Anoop is a generous and impactful leader,” said Jackie Brown, president and CEO of the Maryland Association of CPAs. “He is passionate about this profession and committed to making sure the opportunities he’s had — and even more opportunities beyond — are extended to the next generation of CPAs. We are so proud of all he has accomplished and grateful for his leadership on behalf of the entire profession.”

Mehta is chief strategist of the aerospace firm Analytical Mechanical Associates. Before taking that position, he spent more than four decades at Science Systems and Applications, Inc., eventually rising to president. During his time there, the company grew from a two-person firm to an organization with more than 1,000 employees. Mehta actively supported NASA and NOAA programs in his executive management capacity at SSAI.

Mehta served for the past year as the AICPA’s vice chair and has held several other volunteer posts, including roles as a member of the AICPA Board of Directors, the Association of International Certified Professional Accountants Board of Directors, the AICPA Business and Industry Executive Committee, the AICPA Political Action Committee and AICPA Council. He is a former board member and past president of the Maryland Space Business Roundtable.

He is also a seventh-degree Master Black Belt in Tae Kwon Do and has been teaching martial arts and operating a karate school for the past 35 years.

Mehta earned a bachelor’s degree in accounting from the University of Maryland, College Park. He and his wife, Bina, live in Clarksville, Md., and have two daughters and two grandchildren.