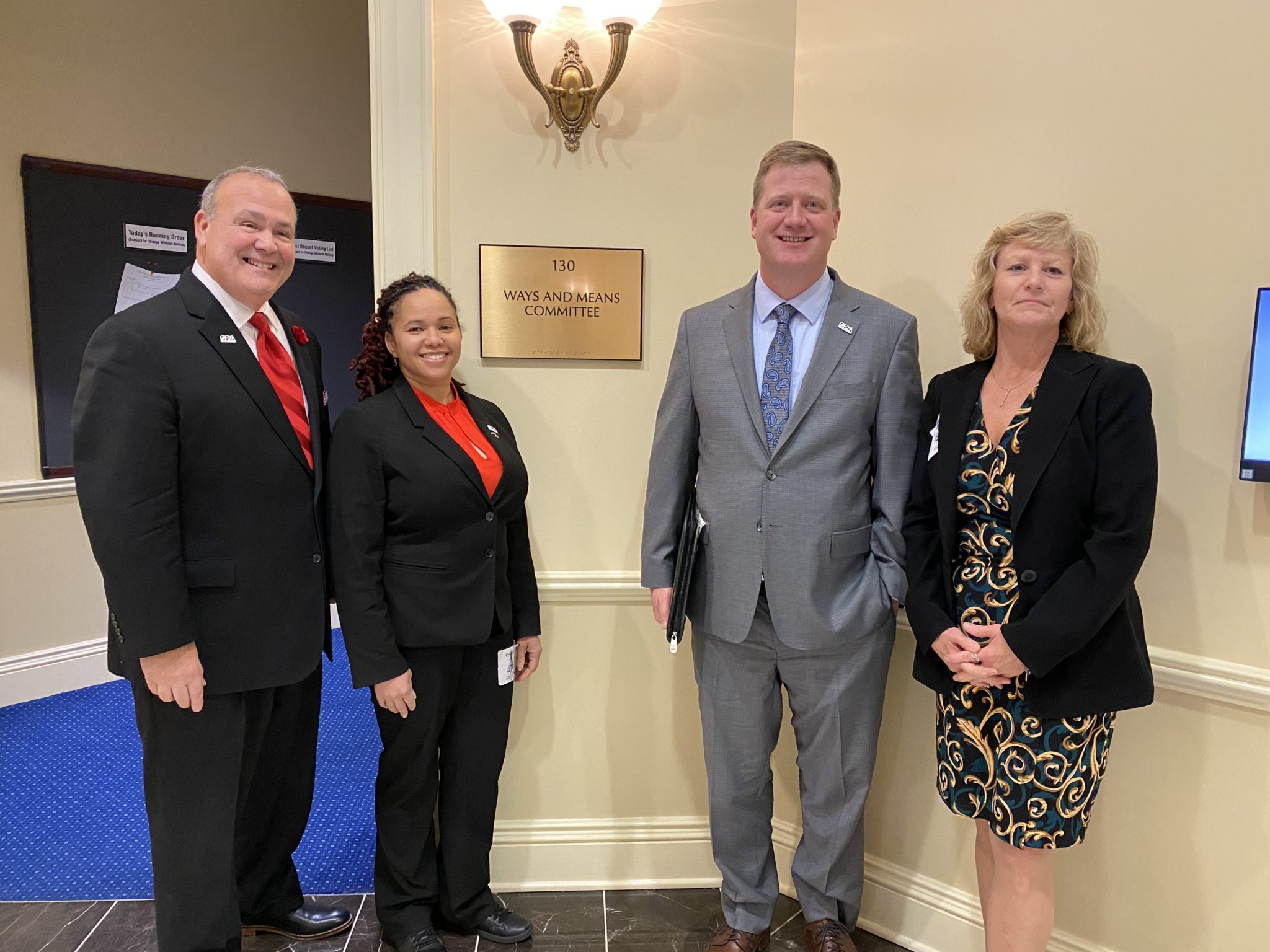 Tom Hood, CEO of the MACPA at Press Conference of Coalition of Maryland Businesses in Annapolis

See the press coverage here:
We left the press conference and went to the House Ways and Means Committee for the 1:00 pm hearing where seven proponents of the bill including the bill’s sponsor, Delgate Eric Luedtke (House Majority leader) offered their reasons for supporting the bill. You may remember Delgate Luedtke spoke at CPA day in Annapolis on January 23rd. He also met with us a few weeks ago when we learned about the bill.
Then it was the opponents turn as one hundred and twelve (112) individuals and thirty (30) business associations were signed up in opposition to get our voices heard. This is an example of democracy in action and I applaud the patience of the Committee as they heard from all of us over six hours of testimony. The hearing went into the evening hours and we got our turn around 5:00pm! You can see the hearing here and our testimony starts around the 4:02:54 mark.
CPAs well represented at the hearing
We signed up in opposition with our CPA Panel that incuded me, Avonette Blanding, CFO of Maritime Applied Physics Corporation in Baltimore City and Jeff Lawson, a partner in the firm of Stoy Malone in Towson. Ed Ben and Sandra Glock, both members of  MACPA’s State Tax Committee were testifying in other panels at the hearing as well.
I started my testimony by holding up a folder full of letters and emails (several hundred) sent by our members who are located in the districts of the Committee members and letters from our CPA Firms across Maryland. I told the Committee that two hundred (200) members attended CPA day in Annapolis on Janurary 23rd handing out our position paper on the challenges with implementing sales taxes on professional services along with our Guiding Principles of Good Tax Policy. We offered our help and tax expertise then and were never contacted until we saw the bill introduced jast over a week ago. After dozens of meetings with their legislators we were told to NOT expect any sales tax on services legislation during this session. Jeff went on to highlight the costs and complexity of administering sales tax on services like accounting and the negative impact in small businesses. Avonette gave her point of view as a private company, highlighting the costs and extra administrative burden she would face as CFO.
Despite the testimony, the Majority Leader said that this education funding initiatve is a critical priority.
Next steps:

I continue to give this a high risk of moving forward due to it being sponsored by the House leadership and the urgency of funding the Kirwan commission on education.

We will keep you posted on this blog and via email communication.