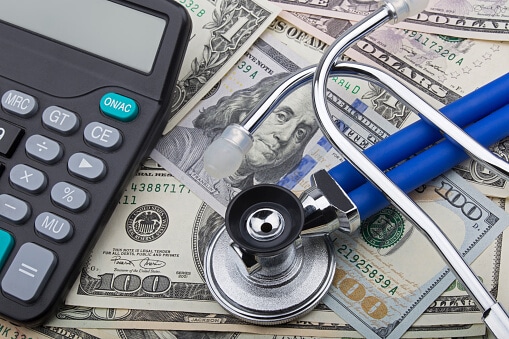 04/04/2016 • by MACPA
Long-term care: at forefront of public policy, lags in personal planning
With an aging population, issues surrounding the financing and delivery of long-term care (LTC) are gaining traction in the U.S. Congress. However, most individuals are insufficiently focused on the issue of LTC, and the result can be a devastating. With April designated as Financial Literacy Month (Financial Capability Month), we feature an interview with Sally Leimbach of TriBridge Partners LLC, who says CPAs can play an important role in educating their clients and the public about LTC.

With an aging population of baby boomers, issues surrounding the financing and delivery of long-term care (LTC) are gaining traction in the U.S. Congress. However, most individuals are insufficiently focused on the issue of LTC, and the result can be devastating, experts say. In tackling tough issues, there’s no time like the present; perhaps even moreso in April, designated as Financial Literacy Month by the U.S. Senate back in 2004, and more recently dubbed Financial Capability Month by The White House.

“The need for and access to LTC is reaching crisis proportions,” says Sally Leimbach, Senior Consultant for Long-Term Care Insurance at Baltimore-based TriBridge Partners, LLC. People need to become better educated about the costs of LTC, and the related cost of LTC insurance, and CPAs are particularly qualified to aid in this endeavor, says Leimbach.

In addition to her role at TriBridge Partners, Leimbach also chairs the National Association of Healthcare Underwriters (NAHU) LTC Advisory Group, and says many people put off purchasing LTC insurance because they don’t believe ‘it’ will happen to them. But deferring action could be a costly mistake.

According to a U.S. Department of Health and Human Services study, close to 70% of those turning 65 years old today will need LTC services for at least three years, and  women, on average, will need longer term care (3.7 years) than men (2.2 years)

The actual number of years LTC is needed can be significantly longer, when factoring in LTC provided at home, after (instead of) a stay in a hospital or nursing home setting, says Leimbach.

How much does LTC cost? According to a recent study by the Urban Institute:

Leimbach points out the Urban Institute cost data above do not include non-Medicare covered costs incurred by Americans over age 65, such as dental, vision, and out of pocket co-pays for medical care and drugs.

The proportion of Americans purchasing private LTC insurance is currently 11%, the Urban Institute says. Therefore, most families pay for Long-Term Services and Support out-of-pocket until their money runs out, says the think-tank, after which they turn to Medicaid.

Addressing a widely-held misunderstanding, the study notes that traditional health insurance does not cover LTC costs, and Medicare provides coverage only in special circumstances for a limited time.” The Urban Institute report finds, “Few middle-income families can protect themselves from this financial risk.”

A role for CPAs, financial advisors

Some financial advisors, including some CPAs, fail to take advantage of professional advice available surrounding the need to include LTC planning in financial portfolios, says Leimbach, and the effects can be devastating to otherwise well-orchestrated plans.

“Most advisors understand the risk of not asking clients, ‘Do you have a plan for LTC’?” says Leimbach. “If the client’s answer is ‘no’, the CPA or financial advisor needs to engage their client in a conversation, and encourage them to communicate on these important issues with their family as well.”

Although some people consciously decide (or through inaction, inevitably decide) to ‘self-insure’ their LTC needs – e.g., by looking to savings, other assets or investments, including home equity or reverse mortgages, they sometimes find themselves hit by more expense than they ever imagined, forcing them to exhaust all financial resources, sometimes having to turn to family or friends to survive.

Even if the individual has planned and saved a substantial financial portfolio, they are at risk in meeting LTC obligations if their assets are tied up under legal agreements, are illiquid, or if drawing on them could negate charitable intentions or other monies set aside for specific purposes. The financial realities of planning for, and funding LTC in a disciplined way, with foresight, are what Leimbach suggests individuals focus on, together with their CPA and family.

Some people may prefer to choose a hybrid model if they believe they may never use their LTC benefits, as there is a leveraging of the amount of the death benefit if no LTC benefits are paid. Leimbach emphasizes that in these plans, “If you do not use it (LTC benefits) you do not lose it”. Another avenue to LTC coverage, she adds, is that if an individual has an unneeded life insurance policy with a cash value, the cash value can be applied via a “1035 (tax free) Exchange” to a LTC insurance policy.

The looming crisis in LTC was taken up at a March 1 hearing convened by the House Energy and Commerce Committee’s Subcommittee on Health on, Examining the Financing and Delivery of Long Term Care in the U.S. Among those testifying were Dr. Alice Rivlin, former Vice Chair of the Federal Reserve Board, and currently Co-Chair, Long-Term Care Initiative, Bipartisan Policy Center, Dr. William Scanlon, Consultant, West Health Institute and National Health Policy Forum, and Anne Tumlinson, CEO, Anne Tumlinson Innovations.

Misconceptions about the cost of LTC, and the cost of LTC insurance abound, even among policy makers. Leimbach heard one Congressman note he understood the cost of LTC insurance to be $2,000 per month for a 50-year-old, while another Congressman said his own rate was $1500 per year. The $1500 per year figure more closely aligns with cost data cited by Ruth Larkin and Steve Cain in their article, The True Value of LTC published by NAHU in November, in which they said:”For the typical working adult, there are many affordable LTC options in the price range of $100-$200 in monthly premium.” Larkin and Cain continue, “While these amounts can be significant to many, the protection provided is exponential, especially for those building a healthy retirement plan.”

NAHU filed a position paper as part of the record of the hearing, recommending three changes be made to make private LTC insurance more accessible to mainstream America

Leimbach says of the NAHU recommendations, “All these things would need to happen at the Congressional level, and would not impose any new taxes on employees specifically or American citizens generally, which certain other proposals would.”

Highlights from the hearing can be found in, Legislators Debate Public vs. Private Options for Long-Term Care by Shannon Muchmore in Modern Healthcare, and in a related article by Denise Logeland published in Forbes, A Policy Fix for Long-Term Care?

The Maryland Insurance Administration (the “MIA”) has slated a hearing for April 28, on LTC. According to the MIA’s hearing notice, the hearing will focus on, “ the state of long-term care insurance and appropriate regulatory guidelines in Maryland, including a discussion of premium rate increase requests and policyholder protection.” According to Leimbach, any interested parties or stakeholders can submit comments ahead of time for consideration to appear at the hearing to discuss proposed rate increases for LTC insurance in the State of Maryland.

CPAs can play an important role

Leimbach believes the LTC insurance marketplace will continue to evolve to meet the needs of clients, and encourages CPAs to step up in educating their clients and the public generally in this important area. As one of the MACPA’s Exclusive Preferred Providers, Leimbach’s firm, TriBridge Partners, welcomes input and questions from MACPA members and others. Send questions to: macpa@tribridgepartners.com and for further information, visit www.tribridgepartners.com .