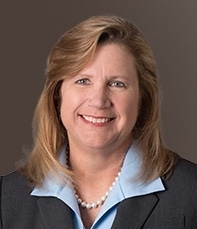 09/22/2016 • by Edith Orenstein
Liz Gantnier: A higher calling
NOTE: The following is part of the MACPA’s “Share Your Story” series that showcases members. Learn more about the series and why we are doing it here. Liz Gantnier’s dedication to the accounting profession and serving the public comes as no surprise, when you hear her story. Growing up in Washington, DC, the youngest of … Continued 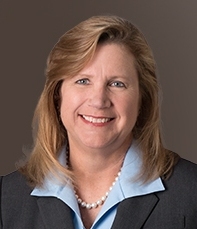 NOTE: The following is part of the MACPA’s “Share Your Story” series that showcases members. Learn more about the series and why we are doing it here.

Liz Gantnier’s dedication to the accounting profession and serving the public comes as no surprise, when you hear her story.

Growing up in Washington, DC, the youngest of five children, “My parents were Depression-era babies, and had very little working knowledge of careers for women, or careers, period,” she notes.

She described his personality, and his influence on her. “He was very logical, a good debater, so articulate, very analytical. He remembered facts and data and figures, took great pride in doing his own income taxes every year, and believed every American should be able to do their own taxes.”

“When I came along,” she says, noting there was a 20 year age span between herself and her four older brothers and sisters. “I didn’t have any mentorship from anybody.”

But a move to Richmond marked a turning point.

Liz’ family relocated to Richmond, VA upon her father’s retirement. Although she was entering her sophomore year in high school, she looked forward to the move, as she had spent much of her summers in Richmond as a child.

Enrolling in a bookkeeping class at her new school, she explains, “I found it to be a lot of fun, very logical and very methodical.”

The class formed the first part of her journey to becoming a CPA; the next step was through a strong mentor in Junior Achievement (JA), a nonprofit organization dedicated to instilling in young people skills for work readiness, entrepreneurship and financial literacy.

New to the area, she initially joined JA to expand her base of friends, and joined JA’s version of Bank of Virginia.

“We would collect deposits, count money, write it down, put it in a sealed box,” she says. But it was much more, including field trips to the vault, going behind the teller line, and meeting with the bank’s board of directors.

“So here I am, 16 years old, and the JA advisor took such an interest in us, teaching us about banking and business; we went to the proof center and saw people running proofs, and from that, I said, I am fascinated by this world of business, maybe I want to be a banker.” She became a teller that summer, working at Bank of Virginia every summer through college.

Liz remembers thanking her JA advisor, a branch manager at Bank of VA, saying, “You changed my whole life.” Before JA, she says, “I only knew the traditional routes for women and careers: Nurse, Teacher. Growing up in Washington, D.C., everybody’s father was an attorney or politician; my dad was the only one who seemed to work in a regular company, I didn’t have well-rounded knowledge.”

So, why didn’t she become a banker? As she planned for college, “Somebody in my family said, you can’t major in banking.” Looking back, “I probably could have majored in finance, but I didn’t know enough to argue at the time.”  Her parents’ views reflected the times.

“My mom told me men only need a good secretary, she meant that lovingly, not in a demeaning way, she didn’t have any context,” says Liz. Her father told her, “You’re smart, just find something you love and do that; as smart as you are, you’ll do it well, and if you love it, the rest takes care of itself.”

And that’s when her family suggested, “You want to be an accountant, it’s the foundation for all of the other activities in business.”

Liz entered the University of Richmond, declaring a major in accounting.

“I absolutely loved accounting,” she says. And it was one teacher who had the greatest influence of all, Professor Joe Hoyle.

“Professor Joe Hoyle was the most fantastic teacher ever,” says Liz of her second mentor. “He really gave everybody a sense of why accounting was important to the world, and how the world’s finances and wealth related to banks’ relying on the numbers provided by business.”

The accounting classes appealed to Liz’ appreciation for all things logical, but moreover, she shared Prof. Hoyle’s view of CPAs answering to a higher calling.

“He gave you a sense you were entering a profession that was important to the world, and you had to take great care to keep the integrity of it; that it was a calling, that we were the keepers; there was a huge ethical, integrity piece to the whole thing; not just that I looked at numbers.”

A varied and meaningful career

Entering the profession, Liz worked for KPMG for ten years, then became CFO of a young start-up company. Thereafter she did teaching and writing, including a 15-year stint with the AICPA, after which she came back to public accounting, becoming President and Director of Quality Control at Stegman and Company, and, following that firm’s merger with Dixon, Hughes Goodman LLP, became a Partner at DHG.

The values of public service instilled by her family are evident in Liz’ leadership in the profession, as immediate past-Chair of the Maryland State Board of Public Accountancy, a former member of the Public Company Accounting Oversight Board’s Standing Advisory Group, a past member of the Center for Audit Quality’s (CAQ’s) Professional Practice Executive Committee, and as a newly appointed member of the AICPA’s Peer Review Board.

With September 22 marking the CAQ’s #AuditorProud campaign, we asked Liz to reflect on what makes her #AuditorProud? “Making a difference in how people view the world, from the standpoint of an auditor; applying integrity and ethics,” are at the top of the list, she says.

Referencing “CPA Night,” the annual Swearing-In Ceremony for Newly Installed CPAs hosted by the Maryland Association of CPAs (MACPA), Liz notes, “When people approach me saying, ‘I was at CPA Night five years ago, you made a difference by what you said,’ that’s an extraordinary opportunity to have.”

Other experiences that make her #AuditorProud:  “Helping somebody achieve their goal, it’s rewarding to watch other people’s success, knowing you had a hand in helping them get there; that happens a lot.”

“I read the paper every day, and what I do impacts that; I have always felt a deep-seated connection to the health of the world’s economics and the accounting that goes into it.”

Her message to young people thinking about going into accounting: “If you want to be on the edge of making the world a better place, and the economy run as efficiently and as well as possible,” then become a CPA.

“It is an art, not a science,” she adds. “It’s a fabulous profession for people who like logic, and for those who are creative. You can see every corner of the Earth, every type of business, I’m not sure what I could have done that provided as much satisfaction.”

Living the values instilled in her from her parents and mentors, Liz exemplifies the practice of accounting as a higher calling.

“You can take this down to the debit or credit, or all the way up to world’s economic system,” she says. “Some days it’s nice to be focused on just the debit and credit, but it’s important to not lose focus on integrity, and the importance of accounting to the entire world.”