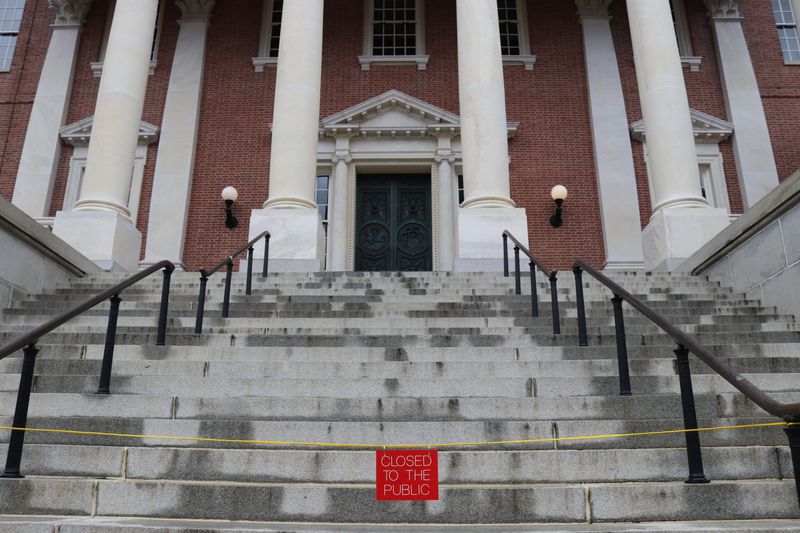 03/15/2020 • by Bill Sheridan
Lawmakers kill sales tax on services … before coronavirus ends General Assembly session
It began with an attack on our profession. It ended early with Maryland’s General Assembly planning to end its legislative session early for the first time since the Civil War. It’s safe to say we’ve never seen a legislative session as chaotic as this one. It all started with an unprecedented effort to impose sales … Continued

It began with an attack on our profession. It ended early with Maryland’s General Assembly planning to end its legislative session early for the first time since the Civil War.

It’s safe to say we’ve never seen a legislative session as chaotic as this one.

It all started with an unprecedented effort to impose sales taxes on professional services. In February, House Bill 1628, titled “Sales and Use Tax — Rate Reduction and Services,” was introduced by Del. Eric Luedtke, a Montgomery County Democrat and House majority leader. If enacted, the bill would have reduced Maryland’s sales tax rate but expanded it to professional services (like those that CPAs provide) to help pay for the Kirwan Commission’s recommended revisions to Maryland’s public education system.

Then Maryland businesses — and our CPA profession — took action. There’s a reason why we spend so much time and energy on legislative advocacy. Simply put, it works.

On March 2, the MACPA joined a coalition of Maryland business organizations to present a united front against this effort to tax almost all services in the state. We held a press conference first, then marched into a House Ways and Means Committee hearing to testify against the proposed bill. One hundred and twelve individuals and 30 business associations were scheduled to testify. Among the MACPA volunteers who testified were President and CEO Tom Hood; Avonette Blanding, CFO of Maritime Applied Physics Corporation in Baltimore; and Jeff Lawson, a partner with Stoy Malone in Towson. Ed Ben and Sandra Glock, both members of the MACPA’s State Tax Committee, testified as part of other panels at the hearing as well.

In the end, our voices were heard.

Two days after the press conference and hearing, Del. Luedtke, who introduced the bill, tweeted this:

“Given tremendous concern from the public and from small business owners, the Revenues Subcommittee (has) voted unanimously to kill HB 1628, the proposal to expand the sales tax to cover most services.”

It was a victory for legislative advocacy everywhere.

But we weren’t done. The House passed a second bill — HB 1354, “Sales and Use Tax and Personal Property Tax – Services, Aircraft Parts and Equipment, and Data Centers” — a.k.a. the luxury services tax. We were initially successful in keeping that bill from adding “business management (consulting) services” through the amendment process.

And then came the coronavirus.

The health threat that became a global pandemic settled in for good in Maryland, and on March 15 (the Ides of March, as fate would have it), the General Assembly announced that they would adjourn on March 18 “out of concern over the coronavirus,” The Baltimore Sun reported, “with plans to meet again in the last week of May for a special session.”

So where do we stand?

At press time, it’s a little uncertain. Any legislation that did not pass by March 18 will have died. Whether or not it resurfaces in the proposed special session remains to be seen.

As always, we will keep you posted on the status of these bills. Keep a keen eye on our blog, MACPA.org/blog, for updates.

In the meantime, the MACPA would like to thank the many members who took precious time from their Tax Season work to testify in opposition to HB 1628, either in person or in writing. This is a prime example of the power of our advocacy efforts in action. Our profession’s collective voice is amplified exponentially with every CPA who takes a legislative stand.