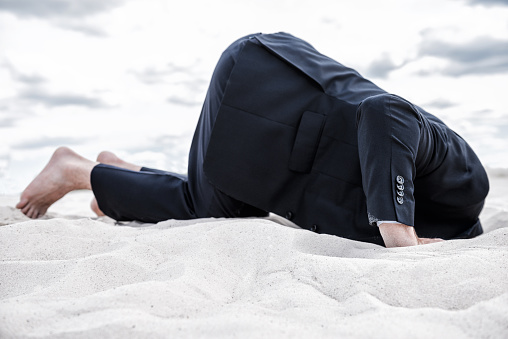 06/01/2018 • by Rob Nance
It’s amazing what 140 characters can do
The ripple effects of one action, or a series of actions, in business can be devastating. Just ask the people who work, uh, worked, on the TV show Roseanne. The short version, Roseanne Barr’s tweet of a few days ago resulted in her show being canceled. The ABC comedy was the No. 1 program on … Continued

The ripple effects of one action, or a series of actions, in business can be devastating. Just ask the people who work, uh, worked, on the TV show Roseanne. The short version, Roseanne Barr’s tweet of a few days ago resulted in her show being canceled. The ABC comedy was the No. 1 program on television with an average of over 23 million weekly viewers, employing plenty of hard-working folks who need paychecks (caterers, set builders, costume people, etc.) You can use a whole host of adjectives to describe Barr’s poisonous tweet, such as hateful, racist, insensitive, moronic and stupid. Claims Barr, “I’m not a racist, just an idiot who made a bad joke.” Well, that joke hurt a lot of people.

Kantar Media estimates the cancellation could cost the network up to $60 million in ad revenue next season. The right thing to do can certainly be a bitter pill to swallow financially. When it comes to those costly mistakes in business, the mind races to the days of Enron, Tyco and Lehman Brothers where the actions of a small group of people altered the lives of a very large group of people. I was working at an accounting firm when the toxic soup of Enron and Arthur Andersen was boiling. As with many firms, our processes and procedures were evaluated, and we kept a sharp eye on how the profession was going to respond and adapt. Interesting times, indeed.

If an employee at your firm or your company blasted an incredibly inflammatory tweet or Facebook post, how would that be handled? For the employee who draws on their disability insurance and then posts vacation photos from the beach, that’s an incident that can be dealt with without affecting others. However, in the case of something more serious that takes the entire firm or company into scope, the potential to burn down days like cigarettes in court proceedings looms large.

Are the personal social media accounts of your employees being monitored? I’m not saying they should or should not — am merely asking the question. If you’re at a public accounting firm of, say, ten people, you like to think you really know each person and worrying about such behavior isn’t necessary. Regardless of the size of the firm, education on responsible social media use is the key to preventing your own Roseanne crisis. If your firm or company doesn’t have a social media use policy in place, now’s the time to do it. The MACPA social media policy can be used as a guideline.

Social media can be a very positive, powerful tool for your firm or organization, not to mention the merits of building your own personal and professional brand in the business community. As with anything else that’s done right, it requires education, development, training, careful thought and a high degree of responsibility.

“You learn in the pros that errors can be costly.”–Burgess Owens