02/01/2022 • by Bill Sheridan
How should we deal with regret? Live and learn.
Some of life’s greatest lessons come from the most surprising of sources. Others come from exactly where you’d expect to find them. This lesson belongs in the second category. I attended a unique event last weekend. Renowned researcher, best-selling author, and all-around smart guy Dan Pink hosted a live webcast to celebrate the publication of … Continued

Some of life’s greatest lessons come from the most surprising of sources. Others come from exactly where you’d expect to find them.

This lesson belongs in the second category.

I attended a unique event last weekend. Renowned researcher, best-selling author, and all-around smart guy Dan Pink hosted a live webcast to celebrate the publication of his latest book, The Power of Regret: How Looking Backward Moves Us Forward.

Those who pre-ordered his new book were invited to join Pink online for a 75-minute conversation about “The 10 Most Important Lessons I’ve Ever Learned,” a fascinating talk that included guest appearances by author Anne Lamott, journalist Malcolm Gladwell, and former Vice President Al Gore. I’ll share all 10 of those lessons with you in an upcoming blog post.

Today, I want to focus on just one of them, mainly because of the story Pink told to make his point. The lesson was “The Best Ways to Deal With Your Regrets,” and the story, in Pink’s words, goes like this:

“About 15 years ago, I wrote a book called A Whole New Mind in which I talked about the rise of right-brain thinking and how an arts degree was becoming as important as a business degree. And of course, art schools loved it.

“In about 2006, I got an email from a student at the Rhode Island School of Design saying how much he liked the book. He seemed like a decent guy, and I always respond to reader emails, and for whatever weird reason I kept in touch with him. 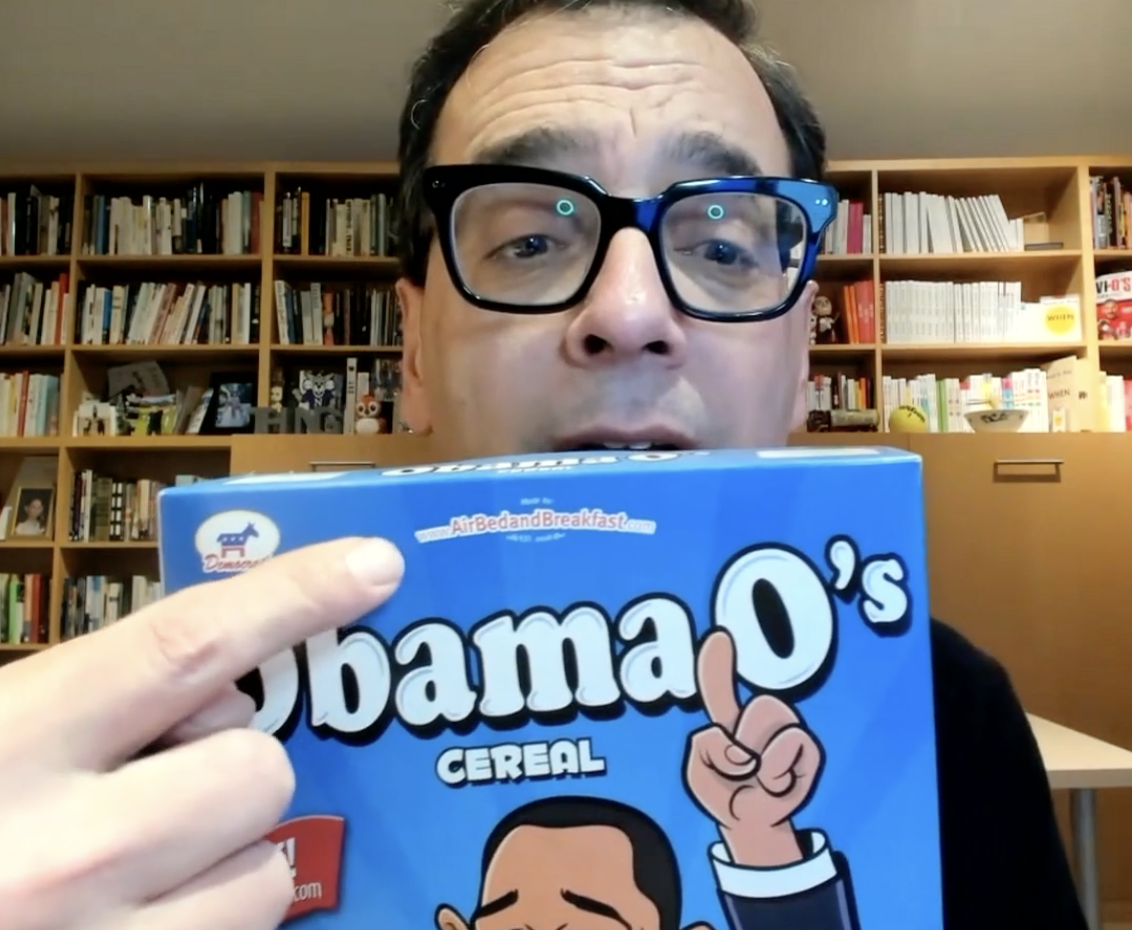 “A couple of years later he said to me, ‘I’m doing this cool thing. I’ve started this business.’ It was the worst business idea I’ve ever heard. I thought it was absurd, but I liked this guy. I thought he was very, very smart and very creative. He couldn’t find any investors — he said I was welcome to invest if I wanted to — but to raise money for this business, he created these cereals for the 2008 presidential election. He created Obama-O’s and Cap’N McCain’s — actual limited-edition cereals.

“I said, ‘That’s a cool way to raise money for your business. It’s a stupid business idea and I’m not going to invest, but I actually want to make a bet on you, because I think you could actually be a Warhol-level artist. I am going to buy some art school cereal boxes, and when you become a famous artist, they’re gonna be worth a lot.’

“What was his company’s name? Air Bed And Breakfast. He was one of the founders of AirBNB. I actually told him, ‘I don’t want to sleep on anyone’s couch. I don’t want anyone else sleeping on my couch. This business will never work.’

“That’s what you’d call a regret.

“What do we do with our regrets — including this one, in which I missed out on one of the most transformative business ideas of the last 20 years?”

Pink’s answer to that question came in three parts:

“Never regret anything you have done with a sincere affection; nothing is lost that is born of the heart.”

After all, isn’t that where the expression “Live and learn” came from?