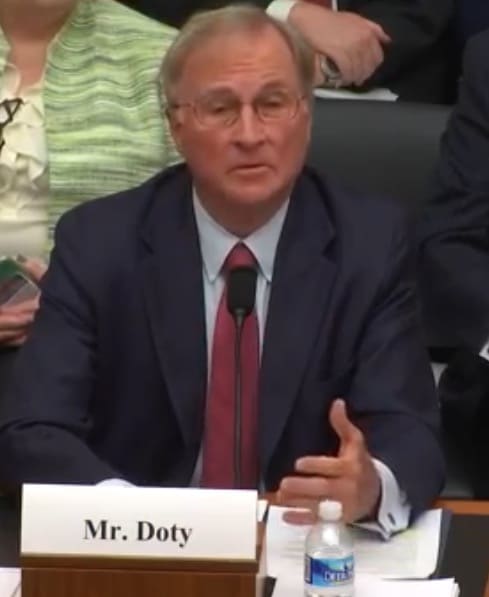 10/15/2016 • by Edith Orenstein
Garrett Joins Grassley and Reed in Sponsoring PCAOB Enforcement Transparency Act
Rep. Scott Garrett (R-NJ) has joined with Senators Chuck Grassley (R-Iowa) and Sen. Jack Reed (D-RI) in sponsoring legislation in the House of Representatives and Senate, respectively, to provide the Public Company Accounting Oversight Board the right to disclose when it brings charges against an audit firm for failure to conform to auditing standards or … Continued 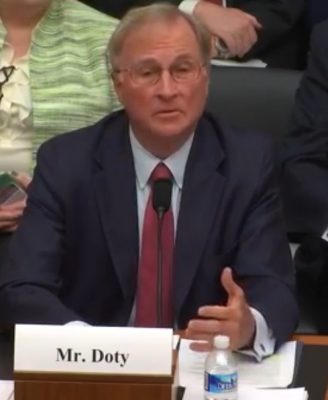 Rep. Scott Garrett (R-NJ) has joined with Senators Chuck Grassley (R-Iowa) and Sen. Jack Reed (D-RI) in sponsoring legislation in the House of Representatives and Senate, respectively, to provide the Public Company Accounting Oversight Board the right to disclose when it brings charges against an audit firm for failure to conform to auditing standards or other misconduct.

Currently, public disclosure of such charges is prohibited by the Sarbanes-Oxley Act, until final adjudication of the charges. Enacted in the post-Enron era, Sarbox established the PCAOB as the overseer of public company audit firms, and at the same time, prohibited disclosure by the PCAOB of charges levied against firms, to avoid a premature run on confidence in those firms or their clients, prior to final adjudication.

Garrett’s decision to propose legislation, as reported by the Wall Street Journal, was announced at a September 22nd hearing of the Capital Markets Subcommittee of the House Financial Services Committee. The hearing, chaired by Garrett, featured testimony by senior officials of the PCAOB, SEC, FASB, FINRA and MSRB on their upcoming standard-setting agendas.

The need for Congressional action was explained by PCAOB Chair Jim Doty at the hearing. “Under the Sarbanes-Oxley Act as it exists today, the PCAOB’s disciplinary proceedings are nonpublic, unless the Board finds there is good cause for a hearing to be public and each party consents to public hearings.”

However, parties have never consented to public disclosure, and auditors have little incentive to do so, said Doty. In earlier testimony at an April 6, 2011 Senate subcommittee hearing, Doty indicated there was a disincentive to bring proceedings to closure, potentially incenting extended litigation by firms.

“This state of affairs is not good for investors, for the auditing profession, or for the public at large,” said Doty, who concluded his testimony at last month’s hearing by asking Congress to join in supporting the PCAOB Enforcement Transparency Act introduced by Grassley and Reed in the Senate.

Garrett explained his decision to sponsor the bill was to correct “an anomaly, in that proceedings initiated by the PCAOB are held in private, and are only made public if they are appealed to the SEC,” which “contrasts sharply with practices at the SEC or FINRA, where charges against an individual or a firm are made public as soon as they are brought.”

“It seems that investors have a right to a certain level of transparency – if an auditor of a company they’re invested in has had a serious charge brought against them, that seems like important information,” he continued, adding, “certainly th[e] auditor should be granted every right possible to defend themselves, but keeping a proceeding quiet makes our markets less transparent and is potentially harmful to investors.”

Garrett tried to confirm if the disclosures desired by the PCAOB would be at the charging stage, or the onset of investigations. Rep. Brad Sherman (D-CA) also asked for clarification.

Doty replied, “Our investigations should be confidential, and as with other law enforcement agencies including the SEC, we would not seek the authority to announce, and do not seek authority to announce the commencement of investigations or the participants, no more than we would identify the identity of companies we audit. Where we have findings in an audit report, or where we have an investigation, that should be confidential. We are seeking only the ability to publicize the facts when we get to the point of filing charges.”

The AICPA has taken a position against the proposed legislation. As explained by AICPA CEO Barry Melancon at a  March 28, 2012 Congressional hearing, “PCAOB enforcement proceedings currently are confidential under Sarbanes-Oxley, because Congress understood that auditors belong to a profession in which a good reputation is essential and publication of unproven charges may end an individual auditor’s career or audit firm’s existence.”

He added that the “special confidentiality regime” created for PCAOB Enforcement proceedings was further justified because the PCAOB is not a government agency, and not subject to procedural due process requirements imposed by the Administrative Procedures Act.

“Most assuredly, the AICPA and the accounting profession want to eliminate bad actors from the profession,” said Melancon. “But there needs to be an appropriate balance of the rights of the accused and due process for someone unjustly accused.” In the event the PCAOB believed disclosure was necessary for public policy, the PCAOB had the authority to refer cases to the SEC, which has the authority to disclose investigations.

The National Association of State Boards of Accountancy has taken a different view.  As noted in the NASBA State Board Report, May 2013: “‘We strongly support and urge the passage of the proposed legislation giving the PCAOB the authority to make post-investigative disciplinary proceedings public from the point of the PCAOB’s order to charge a respondent and start enforcement procedures, consistent with the authority of the SEC. Like the PCAOB and the SEC, the primary responsibility of State Boards is to protect the public while maintaining due process in their careful investigation and discipline of certified public accountants and firms.’”

The likelihood of the PCAOB Enforcement Transparency Act making its way into law following the election recess is unknown; whether a different momentum is building for this or future legislative sessions vs. past sessions in which the bill was introduced is something that interested parties will be following.

Other matters touched on at the hearing included questions from Rep. Garrett about FASB’s level of consultation with the PCAOB and SEC on changes to the definition of materiality, and comments from Rep. Keith Ellison (D-MN) urging his colleagues and the SEC not to roll back any requirements for internal control or XBRL reporting by smaller companies. See also: Congressman asks FASB to rethink expensing R&D.)