12/20/2020 • by Bill Sheridan
Former MACPA chair Anoop Natwar Mehta nominated to chair AICPA in 2022-23
Maryland has returned to the top of the accounting and finance profession — and it’s helping the profession become more diverse and inclusive at the same time. Anoop N. Mehta, a former chair of the Maryland Association of CPAs’ Board of Directors and president of Science Systems and Applications in Lanham, Md., has been nominated … Continued 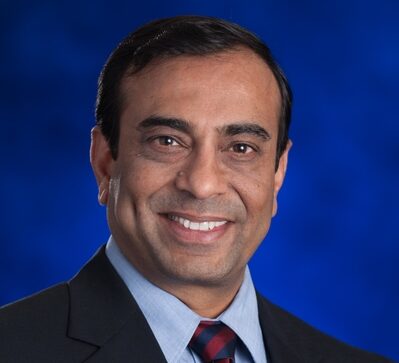 Maryland has returned to the top of the accounting and finance profession — and it’s helping the profession become more diverse and inclusive at the same time.

The AICPA announced Mehta’s pending election in a video announcement on Dec. 18. He will be formally elected during a vote of the AICPA’s Governing Council in May.

Mehta will become just the second Maryland CPA to chair the AICPA’s Board of Directors. He follows Kimberly Ellison-Taylor, a Baltimore native and former MACPA chair who served as AICPA chair from 2016-17 and chair of the global Association of Certified Professional Accountants from 2017-18.

“I don’t think I would have even been considered for this role had it not been for the MACPA and everything the association’s leaders have done for me for the past 20 years,” Mehta said. “For years, I have been surrounded by people who have gone out of their way to support me and my career. Now, I get to serve in a position that allows me to do the same for others.”

Fittingly, Mehta — an Indian-American who immigrated to the United States in 1972 with his parents — follows a path toward a more diverse, equal, and inclusive profession that Ellison-Taylor has helped pave ahead of him. Ellison-Taylor was the first Black AICPA chair, the youngest AICPA chair, and just the fifth woman to serve in that role, and has been an active proponent of a more diverse profession for years.

“I am proud of the efforts made by our profession in advancing a more diverse profession, and I also want to challenge everyone to get involved and volunteer their time to support diversity, equity, and inclusion. The AICPA and the MACPA can’t do this alone,” said Mehta. “I am indebted to (MACPA CEO) Tom Hood, (MACPA Chief Operating Officer) Jackie Brown, and the entire MACPA leadership team for providing me with the opportunity to serve the profession and Maryland, and I am thankful to Kimberly Ellison-Taylor for her friendship, and for paving the way for me — and hopefully others — to serve in more diverse leadership roles in our profession going forward.”

Mehta will serve as AICPA vice chair under Bill Pirolli, a partner with DiSanto, Priest & Co. in Warwick, R.I., whose term as AICPA chair runs from 2021-22. Mehta will take the AICPA helm in May 2022.

“It’s a privilege to serve the profession I love,” Mehta said. “To my parents — my father, who served our profession for more than six decades, and my mom, who instilled the value of education — I am grateful to them and for taking that risk to bring our family to the United States and make a home here.”

As president of Science Systems and Applications, Mehta has more than 40 years of government contracting experience, and has actively supported programs for both NASA and the National Oceanic and Atmospheric Administration. He is a former board member and past president of the Maryland Space Business Roundtable.

In addition to his service on the MACPA’s Board of Directors, Mehta is an active volunteer with the association and a member of the AICPA’s Governing Council. Mehta credits his family for the encouragement and support in order for him to pursue his passion for the profession.