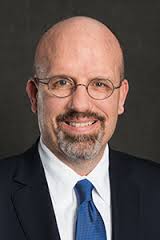 With the announced retirement of Financial Accounting Standards Board Member Daryl Buck set to take effect at the end of this year, private companies may sense they are losing a champion. Buck – with extensive experience in private company financial reporting prior to joining the FASB – served in a key role as the board’s liaison to its Private Company Council.

Together with the receipt of a favorable report from the Financial Accounting Foundation on the PCC’s first three years of operations and related recommendations to improve its effectiveness, the PCC may be poised to take on an even larger advisory role in the wake of the transition on the FASB board of not one, but two new board members.

At press time, the FAF had not yet announced a replacement for Buck, whose term ends in December. However, the foundation recently announced the appointment of Christine Ann Bostoson to fill the board seat traditionally reserved for an academicl; she will take that position at the conclusion of Tom Linsmeier’s term on June 30.

Bridging the GAAP
The PCC’s founding by the FAF in 2012 followed years of calls for more attention to private company standard-setting. Following the 2011 report and recommendations of a Blue-Ribbon Panel co-founded by the FAF with the AICPA and NASBA, the FAF concluded it would continue to have the FASB issue accounting standards establishing U.S. Generally Accepted Accounting Principles, but that “exceptions and modifications” would be permitted for private companies when those exceptions and modifications (ultimately deemed “alternatives”) would result in “financial statements that provide relevant, decision-useful information that meets the needs of users of private company financial statements in a cost-effective manner.”

However, the FAF parted ways with the Blue-Ribbon Panel by establishing the PCC as an advisory group to the FASB, rather than following the panel’s recommendation to form a standalone private company accounting standards board that would operate alongside the FASB, under the aegis of the FAF.

Those who supported a separate board believed it would provide the necessary expertise, focus and authority to accomplish the goal of developing relevant, cost-effective GAAP for private companies under the U.S. GAAP umbrella, the design of which was viewed as heavily skewed to the needs of users of public company financial reports − in particular, the Securities and Exchange Commission and equity analysts. Some, however, expressed concern about the U.S. moving to a ‘two-GAAP’ system (aka “big GAAP / little GAAP”) for public vs. private companies. The BRP’s recommendation to retain one set of GAAP with exceptions and modifications for private companies was aimed at this concern.

Another significant concern turned on how the FASB would exercise its “ratification” of PCC alternatives and whether this effective veto power would undermine the PCC. This concern was based in part on perceived weaknesses in the working relationship and conceptual underpinning between the FASB and the PCC’s predecessor – the Private Company Financial Reporting Council (PCFRC).

To address these concerns, the FAF formalized the PCC’s working relationship with the FASB, increasing the level of FASB staff support. In addition, the pivotal role of FASB board liaison to the PCC (currently held by Buck), was hard-wired into the model to help shepherd PCC recommendations through FASB’s agenda-setting process. It also would minimize “surprises” such as unanswered questions or objections raised by board members that could have been raised earlier in the PCC’s research and deliberations process. A decision-making framework was also developed to guide the PCC and FASB in having a consistent and sound basis for determining private company alternatives.

During its first three years, the PCC met frequently (with meetings open to the public and webcast) and initiated a number of improvements to financial reporting for private companies, some with a broader benefit of being adopted by FASB in standards applicable to both private and public companies.

Final accounting standards updates issued by the FASB arising from PCC recommendations ranged from goodwill impairment to hedge accounting, variable interest entities, and identifiable intangible assets. At the same time, the FASB doubled down on efforts to simplify existing U.S. GAAP, assisted by the advice of the PCC and others.

NOTE: Separately, the AICPA released its Financial Reporting Framework for Small and Medium-Sized Entities (FRF for SMEs) in 2013. FRF for SMEs, a “non-GAAP” framework, is designed as a simplified, cost-effective framework for small businesses that are not required to provide GAAP financial statements. In concept, it is somewhat parallel to the International Accounting Standards Board’s simplified, standalone set of International Financial Reporting Standards for Small and Medium-Sized Entities (IFRS for SMEs), although IFRS for SMEs, issued by the IASB, is expressly “GAAP,” albeit subject to use only by non-public entities and entities that do not have other public fiduciary reporting types of responsibilities, such as banks. For further information comparing FRF for SMEs to tax basis accounting, U.S. GAAP and IFRS for SMEs, see Comparisons of the FRF for SMEs Reporting Framework to Other Bases of Accounting (AICPA, 2014).

Changes recommended in FAF’s three-year review
The PCC received a favorable three-year review from the FAF in November 2015. In announcing the results of the review, FAF Chair Jeff Diermeier stated, “Most stakeholders expressed support for the PCC and agreed that it has been succesful in addressing the needs of users of private company financial statements, while reducing costs and complexity for preparers.” Recognizing the success of the advisory group to date, the FAF decided to maintain the current composition of the PCC, (i.e., the chair, three users of private company financial reporting, three preparers, and three audit practitioners).

The report acknowledged that some stakeholders raised similar concerns to those raised around the time of the PCC’s formation in 2012, as to whether an advisory council working with the FASB would be effective in meeting the needs of private companies, vs. forming a separate standard-setter under the FAF to address private company isues. The report noted:

Therefore, the FAF not only concluded to continue the PCC as currently constructed, but to strengthen it through targeted enhancements. As described by Diermeier, these enhancements relate to, “increased transparency around the PCC’s views on active FASB agenda projects, and more robust communication of those views to the FASB and the public.”

To enhance the PCC’s effectiveness, the FAF made recommendations in three broad areas:

Interaction with state societies, and the road ahead
Of note in the FAF’s three-year review report is a recommendation that the PCC and FASB enhance their communications with private company constituencies, including state societies of CPAs.

The Maryland Association of CPAs was heavily involved in gathering feedback from its members on matters relating to private company accounting standard-setting following issuance of the Blue-Ribbon Panel’s report and leading up to the FAF’s formation of the PCC. Recognizing the significant portion of the MACPA’s membership who work in financial reporting roles with (or who audit) private companies and the importance of private companies in fueling the economy, then-MACPA Chair (now AICPA Vice Chair) Kimberly Ellison-Taylor formed a task force which issued the MACPA’s recommendations, supporting the Blue-Ribbon Panel’s recommendation to form a separate private company accounting standards board under the FAF.

Watch for Part II of this two-part series for reflections from PCC Chair Candace Wright and MACPA member Elizabeth Gantnier on the PCC’s road ahead.