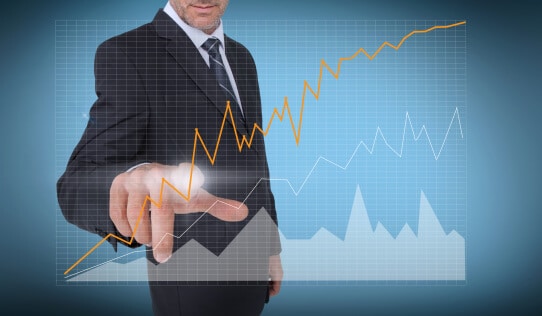 03/24/2014 • by Bill Sheridan
Exempting small businesses from XBRL mandate would hurt transparency movement
Here’s what I don’t get about Congress: Everything. A few years ago, the SEC decided to put a little sanity in the financial reporting process by mandating that public companies file their financials via XBRL. The logic was simple: Investors need some continuity of financial information. They needed a tool that would allow them to … Continued

Here’s what I don’t get about Congress: Everything.

A few years ago, the SEC decided to put a little sanity in the financial reporting process by mandating that public companies file their financials via XBRL. The logic was simple: Investors need some continuity of financial information. They needed a tool that would allow them to compare apples to apples on the public-company front. XBRL is that tool. If all public companies use the same tags and taxonomies, the data becomes easy to understand and compare. Transparency rules the day. And really, everyone wins. Investors get the most recent, relevant, nearly real-time financial data. And after some initial investments in time and money, public companies free themselves from data management and can focus instead on data interpretation.

And then, Congress tries to ruin it for everyone.

The House Financial Services Committee has approved a proposed bill that would exempt small public companies — defined as those with less than $250 million in annual revenue — from having to comply with the XBRL filing mandate for five years. The reason? The bill’s sponsor, Rep. Robert Hurt, R-Va., says the costs of filing financial reports via XBRL far outweigh the benefits for small businesses.

I’m not buying it, and I’m not the only one.

First, let’s talk about implementation costs. The MACPA — a small non-profit with an operating budget of about $6.5 million — figured out how to implement XBRL about two years ago. It can be done, and for a lot less money than Rep. Hurt would have you believe.

Plus, the mandate has been in effect for two years now. These companies are already using XBRL — or they should be, anyway. If they opt out now, they’ll have to start from scratch again in five years and will lose all of that start-up time and money all over again.

They’ll also be at a huge disadvantage in the markets. If they ditch XBRL now, their data won’t be nearly as accessible or comparable as their competition’s information.

“Small companies have been filing in XBRL format for at least two years now which means they are well up the learning curve,” XBRL US, an organization that has been supporting the implementation process, said in a statement. “Removing the XBRL requirement means a loss of valuable knowledge that they will need to relearn when the exemption is lifted. Investors will be harmed because they will lose access to small company data that they have been enjoying for the past several years since the XBRL requirement was put in place.”

And as Hudson Hollister of the Data Transparency Coalition notes, the issue isn’t the XBRL mandate; it’s inconsistent enforcement of data quality by the SEC. Rather than exempt companies from using XBRL, lawmakers should encourage the SEC to improve the quality of the data.

“Poor data quality raises barriers to the effective use of financial information by investors and analysts because the data set requires cleaning before it can be used,” Hollister wrote. “(The Data Transparency Coalition opposes) the bill, but it may spur the SEC to needed action.”

The bill’s most devastating consequence, though, will be the loss of transparency. Nearly six years after the worst economic downturn since the Great Depression, we finally have all public companies speaking the same financial language, and now Congress wants to allow more than 60 percent of all public companies to run back to the Stone Age? In an era when transparent financial information is more important than ever, that would be a huge mistake.

Given this Congress and its propensity for kicking the can down the road, though, it would be par for the course.