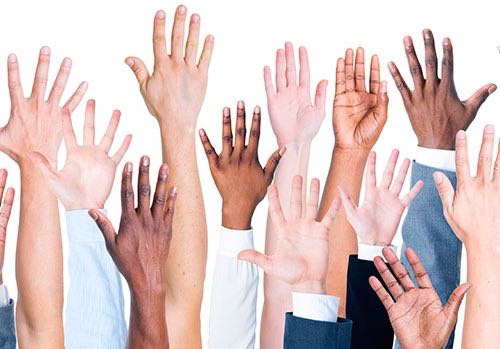 06/18/2016 • by Bill Sheridan
CPAs overwhelmingly approve AICPA / CIMA ‘joint venture’
AICPA members have voted to approve a plan from the AICPA and the Chartered Institute of Management Accountants to create a new, international accounting association that will integrate operations of both organizations while preserving the existing membership bodies. Voting concluded in separate AICPA and CIMA membership ballots on June 16, and a supermajority of members … Continued

AICPA members have voted to approve a plan from the AICPA and the Chartered Institute of Management Accountants to create a new, international accounting association that will integrate operations of both organizations while preserving the existing membership bodies.

Voting concluded in separate AICPA and CIMA membership ballots on June 16, and a supermajority of members who voted from both organizations endorsed the proposal. The AICPA ballot passed 86.5 percent to 13.5 percent, according to independent tabulator Survey and Ballot Systems. CIMA members endorsed the proposal 89.7 percent to 10.3 percent, according to their independent tabulator Electoral Reform Services.

“In developing this proposal, we were careful to structure commitments to CPA and CGMA, CIMA and AICPA, and public practice and management accounting,” said AICPA President and CEO Barry Melancon, CPA, CGMA. “We are excited about crafting a path forward that reflects how the world is changing. At the same time, we will be extraordinarily mindful of protecting our collective history and the strong reputation both organizations have built over the past century. This is about building on what is great – and addressing an exciting evolving world.”

The proposal is the latest step in a multi-pronged “joint venture” between the AICPA and CIMA. The first step in the joint venture resulted in the 2012 creation of the Chartered Global Management Accountant designation, or CGMA.

The new association will represent more than 600,000 current and future accounting professionals and will raise the profile of public and management accounting in the United States and abroad. It will enhance resources, provide more market insights, and have a stronger advocacy voice.

AICPA members will get these benefits and automatic dual membership in the AICPA and the new association as part of their regular AICPA dues, which will continue to be set and adjusted in line with historic norms. The AICPA will continue its strong partnership with state societies to promote, protect, and grow the CPA.

“(The joint venture) brings together two global leaders in accountancy with more than 100 years of history and leverages the strengths and resources of both for our collective benefit,” writes MACPA Executive Director Tom Hood, CPA. “Combining the memberships via this Joint Venture gives us an immediate global footprint and increases our numbers to magnify our voices on the global and U.S. regulatory and standards arenas. In the United States, CPAs continue to lead this new area and recognize the value of non-CPA CGMAs working with us in many of our organizations.”

Hood said MACPA members have been strongly supportive of the plan.

He explained the joint venture to members in a series of town hall meetings in the fall. He found that roughly 76 percent of MACPA members in attendance said they either “liked it, loved it, or could live with it.” About 20 percent said they needed more information before deciding, and only 4 percent said they opposed the plan.

Based on that support, the MACPA’s Board of Directors passed a resolution in January in support of the AICPA moving forward with the joint venture. Fifty-one other CPA societies − 47 states plus Washington D.C., Guam, Puerto Rico and the Virgin Islands − have adopted similar resolutions in support of the proposal.

The new association is expected to launch in 2017. Additional details will be provided as they become available in the coming months.