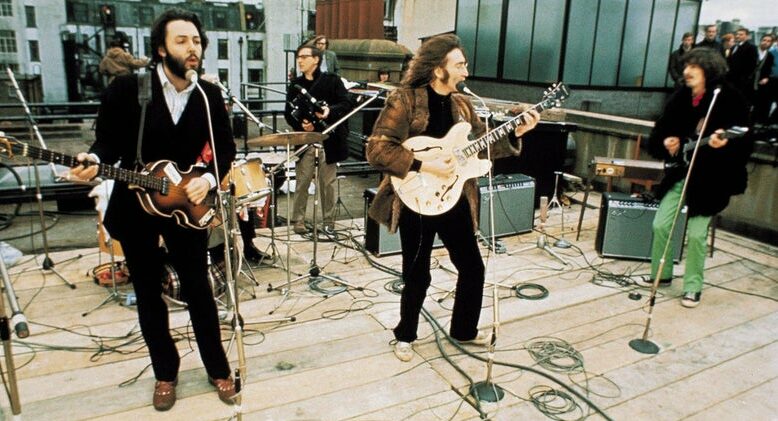 Paul: C’mon now … back to the drudgery.

Until they create genius.

Until they create history.

I don’t know if you’re a Beatles fan, or if you’ve seen “The Beatles: Get Back” on Disney Plus. You don’t have to have seen it, or to be a fan, to get what I’m saying.

Collaboration — that all-important, future-ready skill we’ve been talking about for years — sounds like peace, love, and harmony. It sounds like everyone getting along and moving things forward blissfully.

It’s about being open and honest … and sometimes, that’s ugly. Brutal. Painful.

But if everyone trusts one another — if everyone understands that what’s being said is not personal, but rather is for the greater good of everyone involved — then you can say what needs to be said, move things forward, create a bit of history, and still be friends.

The Beatles did that. They walked into a room in early 1969 without anything — no songs, no ideas. They gave themselves three weeks to write, record, and perform an entire album live.

That’s pressure. That kind of pressure forced them to collaborate in an open, honest, and often uncomfortable manner. It ended with rock and roll history on Jan. 30, 1969, on the roof of 3 Savile Row in London.

The downside, of course, is that the experience killed the band.

The upside is that these four individuals took that experience, learned from it, and collaborated with countless others on solo careers that gave the world so much more than The Beatles alone had to offer.

Open and honest. It doesn’t mean being ugly, or brutal. It simply means knowing that everyone in the room trusts you to say what needs to be said for the greater good. It’s about trust.

At the MACPA, we define trust as the degree to which you can predict someone or something. We believe it has four components:

Ask John, and Paul, and George, and Ringo.