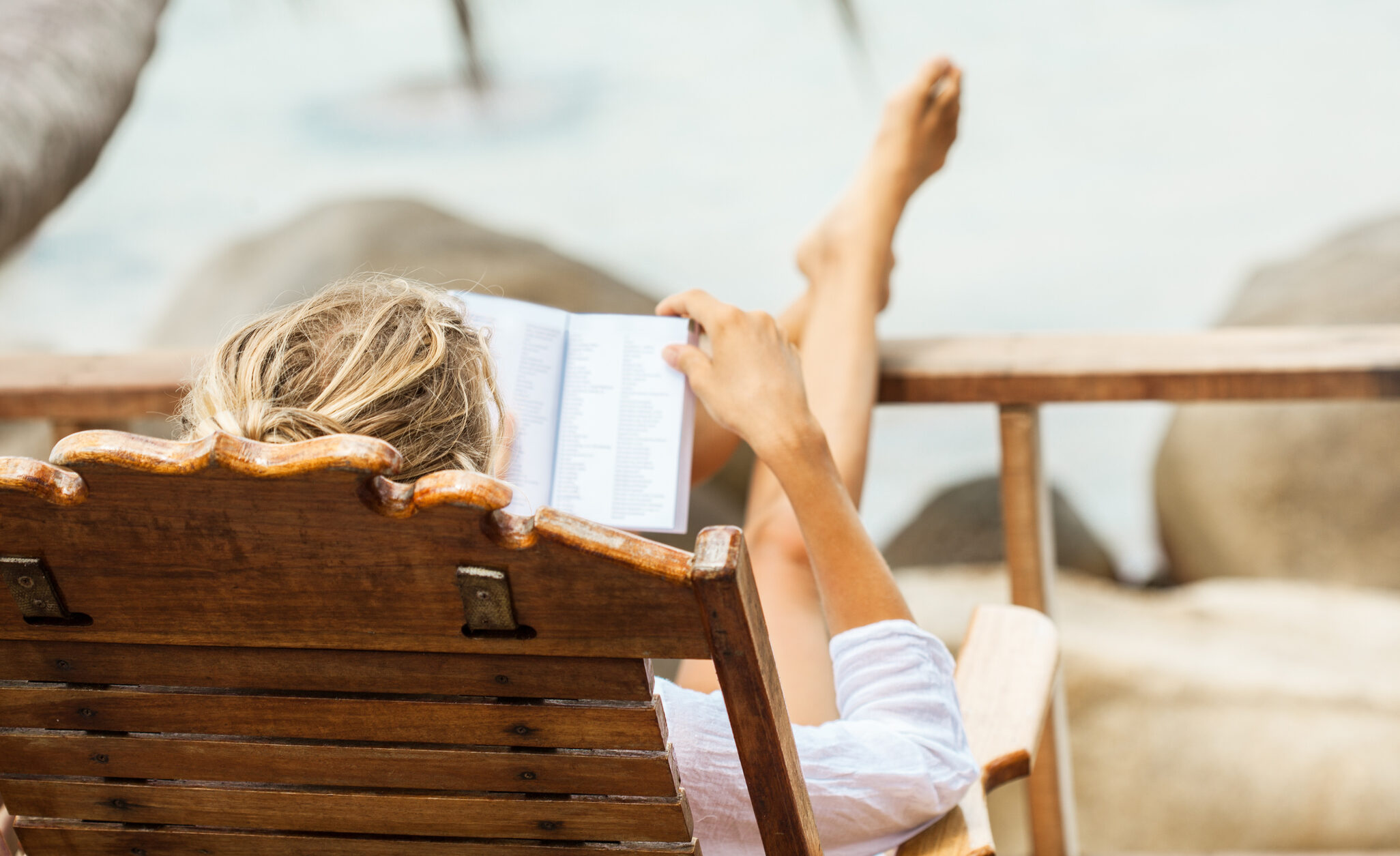 07/06/2022 • by Bill Sheridan
10 great books for your summer reading list
“Books are a uniquely portable magic.” — Stephen King You don’t have to travel for vacation this summer. Just grab a book and it’ll take you there. And if you’re looking for a book or three to round out your summer reading list, I’ve got you covered. Here are my favorites from the first half … Continued

You don’t have to travel for vacation this summer. Just grab a book and it’ll take you there.

And if you’re looking for a book or three to round out your summer reading list, I’ve got you covered. Here are my favorites from the first half of the year.

Meltdown: Why Our Systems Fail and What We Can Do About It, by Chris Clearfield and Andras Tilcsik. What can plane crashes, oil spills, and dumb business decisions teach us about how to succeed at work and at home? This book explains with great stories and fascinating research. It’s worth reading merely for this piece of advice from David and Eleanor Starrs, who wrote a “delightfully wonky” paper titled “Agile Practices for Families: Iterating with Children and Parents.” The Starrs hold a family meeting each Sunday night, and each meeting starts with three questions: (1) What went well this week? (2) What things should be improved next week? (3) What will we commit to changing next week? What might happen if we started asking those questions during our meetings at work?

Unsafe Thinking: How To Be Nimble and Bold When You Need It Most, by Jonah Sachs. Could practicing without helmets reduce the number of brain injuries among football players? That’s the kind of question that can lead to “unsafe thinking,” defined by author Jonah Sachs as “the ability to meet challenges with a willingness to depart from standard operating procedures; to confront anxiety, tolerate criticism, take intelligent risks, and refute conventional wisdom — especially one’s own views — in order to achieve breakthroughs.” We need more of that kind of thinking today. This brilliant book explains why.

The Power of Regret: How Looking Backward Moves Us Forward, by Daniel Pink. Do you think regret is a bad thing? You’re not alone — and you’re wrong. Regrets, says Daniel Pink, can actually make us better. “Everyone has regrets,” Pink writes. “They’re a fundamental part of our lives. And if we reckon with them in fresh and imaginative ways, we can enlist our regrets to make smarter decisions, perform better at work and school, and deepen our sense of meaning and purpose.”

Making Numbers Count: The Art and Science of Communicating Numbers, by Chip Heath and Karla Starr. Describe the difference between a million and a billion in a compelling way. “A lot,” you say. Doesn’t cut it. “A billion is one thousand millions,” you say, trying again. Better, but still not great. “OK,” you say, “how about this: If I had $1 million and you had $1 billion and we each spent $50,000 every day, it would take me 20 days to go bust … but it would take you nearly 55 years.” Now that’s a numbers story I’ll remember. This book offers terrific ideas for how to communicate numbers so that your audience will actually remember and understand them.

Weird: The Power of Being an Outsider in an Insider World, by Olga Khazan. The things that make you different aren’t weaknesses. They’re superpowers. Khazan, a reporter for The Atlantic, combines emotional and memorable stories with groundbreaking research to explain why. The book’s back cover puts it best: “Combining her own story with the trajectories of others, and with hundreds of scientific studies and interviews with experts, Khazan reveals how individuals learn to embrace their weirdness — and use it to their advantage.”

Rising Tide: The Great Mississippi Flood of 1927 and How It Changed America, by John M. Barry. This epic book tells the story of what’s generally considered one of the worst natural disasters in American history. More than 23,000 square miles of land was submerged, hundreds of thousands of people were displaced, and hundreds died. Legislation that followed the flood helped shape the modern-day Mississippi River — and it’s just the latest example of humanity trying fruitlessly to control a river that refuses to be controlled.

The Indifferent Stars Above: The Harrowing Saga of the Donner Party, by Daniel James Brown. One would expect a defining retelling of the Donner Party to be gut-wrenching and hard to read, and this book is certainly that. But Brown — author of the acclaimed bestseller The Boys in the Boat — also casts the doomed travelers as decidedly human. Every decision they made during their travels was made with an eye toward opportunity and their future. Their journey was filled with the kinds of mundane decisions that all humans make from time to time — until Dec. 13, 1846 arrived. For the four months that followed, they faced a seemingly unending series of horrific choices that no human should have to make.

Poisoner In Chief: Sidney Gottlieb and the CIA Search For Mind Control, by Stephen Kinzer. A fascinating look at the complicated, shadowy figure who directed the activities and personnel behind the CIA’s MK-ULTRA project, a Cold War-era effort to unlock the secrets of mind control through the use of interrogation, psychological torture, and various psychedelic and hallucinogenic drugs, including LSD. Difficult but spellbinding reading. Part of the difficulty is realizing that all of this took place in the United States, in the wake of Nazi Germany — and sometimes with the help of the Nazis themselves.

Bittersweet: How Sorrow and Longing Make Us Whole, by Susan Cain. My sister died of COVID in 2021, so this moving book — written by the author of Quiet, one of my favorite books from the past 10 years — struck a powerful chord with me. In one emotional passage, Cain tells the story of author Nora McInerny, who lost her first husband, Aaron, to brain cancer and eventually was urged by friends and family to “move on” with her life. McInerny has since remarried, but Aaron “is present in her work, in the child they had together, in the person she’s become — the person her second husband fell in love with,” Cain writes. “She hasn’t moved on from Aaron, she says. She’s moved forward with him.”

Homo Deus: A Brief History of Tomorrow, by Yuval Noah Harari. In his 2015 bestseller Sapiens: A Brief History of Humankind, Israeli historian Yuval Noah Harari examined humanity’s creation and evolution. In Homo Deus, he takes a look forward and offers ideas for what tomorrow might hold for us. Now that humanity has reined in famine, plague and war as its most urgent threats, Harari wonders what new threats will take their places. The answers are thought-provoking — and often a bit frightening.